Deploying BIG-IP and NGINX Ingress Controller in the Same Architecture 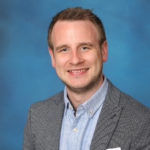 In our previous blog series, Deploying Application Services in Kubernetes, we discussed a pattern that we see at many customers during their digital transformation journeys. Most journeys start with the traditional model for creating and deploying apps (usually monoliths), splitting responsibility for those two functions between siloed Development and Operations teams. As organizations move to a more modern model, they create microservices‑based apps and deploy them using DevOps practices which blur the division between traditional silos.

While DevOps teams and application owners are taking more direct control over how their applications are deployed, managed, and delivered, it’s often not practical to break down the silo walls all at once – nor do we find that it’s necessary. Instead we observe that a logical division of responsibilities still applies:

NetOps and DevOps in Kubernetes Environments

The differing concerns of NetOps and DevOps teams are reflected in the roles they play in Kubernetes environments and the tools they use to fulfil them. At the risk of oversimplification, we can say that NetOps teams are primarily concerned with infrastructure and networking functionality outside the Kubernetes cluster and DevOps teams with that functionality inside the cluster.

To direct traffic into Kubernetes clusters, NetOps teams can use BIG‑IP as an external load balancer that supports the capabilities and range of overlay networking technologies that they are already familiar with. On its own, however, BIG‑IP has no way to track changes to the set of pods inside the Kubernetes cluster (for example, changes to the number of pods or their IP addresses). To get around this constraint, F5 Container Ingress Services (CIS) is deployed as an operator inside the cluster. CIS watches for changes to the set of pods and automatically modifies the addresses in the BIG‑IP system’s load‑balancing pool accordingly. It also looks for the creation of new Ingress, Route, and custom resources and updates the BIG‑IP configuration accordingly.

Although you can use the combination of BIG‑IP with CIS to load balance traffic to application pods directly, in practice NGINX Ingress Controller is the ideal solution to discover and keep up with dynamic application changes to pods and workloads that represent large numbers of services – for example, during horizontal scaling of your application pods to meet changing levels of demand.

Another advantage of deploying NGINX Ingress Controller is that it shifts control of application load balancing to the DevOps teams that are in charge of the applications themselves. Its high‑performance control plane and DevOps‑centric design makes it particularly strong at supporting fast‑changing DevOps use cases – such as in‑place reconfigurations and rolling updates – across Kubernetes services in multiple namespaces. NGINX Ingress Controller uses the native Kubernetes API to discover pods as they are scaled.

How BIG-IP and NGINX Ingress Controller Work Together

As you may know, BIG‑IP and NGINX Ingress Controller were originally designed by two separate companies (F5 and NGINX respectively). Since F5 acquired NGINX, customers have told us that improving interoperability between the two tools would simplify management of their infrastructure. In response we have developed a new Kubernetes resource we call IngressLink.

The IngressLink resource is a simple enhancement that uses a Kubernetes CustomResourceDefinition (CRD) to “link” NGINX Ingress Controller and BIG‑IP. Simply put, it enables CIS to “tell” BIG‑IP whenever the set of NGINX Ingress Controller pods has changed. With this information, BIG‑IP can agilely shift its corresponding load‑balancing policies to match.

With BIG‑IP deployed for load balancing to the Kubernetes clusters and NGINX Ingress Controller handling ingress‑egress traffic, the traffic flow looks like this: For more details on how the IngressLink resource works, including a deployment guide, visit F5 CloudDocs.

Get started by requesting your free 30-day trial of NGINX Ingress Controller with NGINX App Protect WAF and DoS. If you aren’t yet a BIG‑IP user, select the trial at F5.com that works best for your team. 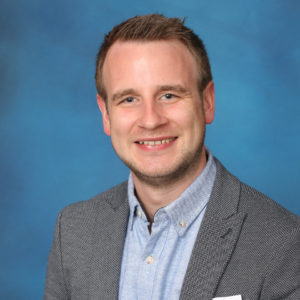