While the standard Kubernetes Ingress resource is great for provisioning and configuring basic Ingress load balancing, it doesn’t include the kind of customization features required to make Kubernetes production‑grade. Instead, non‑NGINX users are left to use annotations, ConfigMaps, and custom templates which are error‑prone, difficult to use, and not secure, and lack fine‑grained scoping. NGINX Ingress resources are our answer to this problem.

Enhancements to the TransportServer Resource

Note: The additions to the TransportServer resource in release 1.11.0 are a technology preview under active development. They will be graduated to a stable, production‑ready quality standard in a future release.

In NGINX Ingress Controller 1.8.0, we introduced config snippets for the VirtualServer and VirtualServerRoute (VS and VSR) resources which enable you to natively extend NGINX Ingress configurations for HTTP‑based clients. Release 1.11.0 introduces snippets for TS resources, so you can easily leverage the full range of NGINX and NGINX Plus capabilities to deliver TCP/UDP‑based services. For example, you can use snippets to add deny and allow directives that use IP addresses and ranges to define which clients can access a service.

To monitor the health of a Kubernetes cluster, NGINX Ingress Controller not only considers Kubernetes probes which are local to application pods, but also keeps tabs on the status of the network between TCP/UDP‑based upstream services, with passive health checks to assess the health of transactions in flight and active health checks (exclusive to NGINX Plus) to probe endpoints periodically with synthetic connection requests.

Health checks can be very useful for circuit breaking and handling application errors. You can customize the health check using parameters in the healthCheck field of the TS resource that set the interval between probes, the probe timeout, delay times between probes, and more.

Additionally, you can set the upstream service and port destination of health probes from NGINX Ingress Controller. This is useful in situations where the health of the upstream application is exposed on a different listener by another process or subsystem which monitors multiple downstream components of the application.

To display the status of one or all TS resources, run the kubectl get transportserver command; the output includes state (Valid or Invalid), the reason for the most recent update, and (for a single TS) a custom message.

If multiple TS resources contend for the same host/listener, NGINX Ingress Controller selects the TS resource with the oldest time stamps, assuring a deterministic outcome in that situation.

NGINX Ingress resources not only make configuration easier and more flexible, they also enable you to delegate traffic control to different teams and impose stricter privilege restrictions on users that own application subroutes, as defined in VirtualServerRoute (VSR) resources. By giving the right teams access to the right Kubernetes resources, NGINX Ingress resources give you fine‑grained control over networking resources and reduce potential damage to applications if users are compromised or hacked.

Release 1.11.0 introduces a native web application firewall (WAF) Policy object to extend these benefits to configuration of NGINX App Protect in your Kubernetes deployments. The policy leverages the APLogConf and APPolicy objects introduced in release 1.8.0 and can be attached to both VirtualServer (VS) and VSR resources. This means that security administrators can have ownership over the full scope of the Ingress configuration with VS resources, while delegating security responsibilities to other teams by referencing VSR resources. 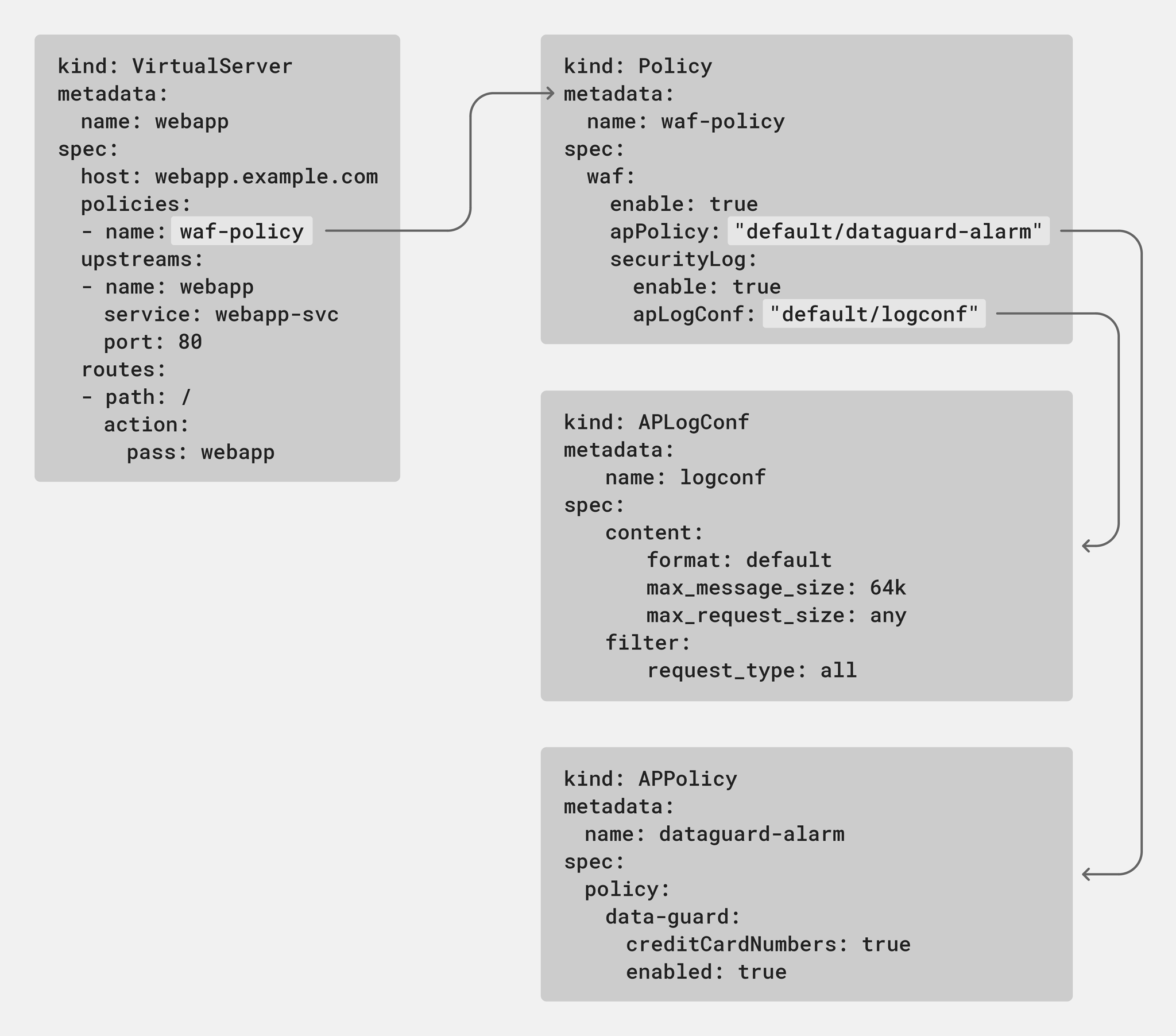 In the following example, the waf-prod policy is applied to users being routed to the webapp-prod upstream. To delegate security responsibilities for the /v2 route across namespaces owned by different teams, the highlighted route directive references a VSR resource.

The teams that manage the test namespace can set their own parameters and WAF policies using VSR resources in that namespace.

This example separates tenants by namespace and applies a different WAF policy for the webapp-test-svc service in the test namespace. It illustrates how delegating resources to different teams and encapsulating them with objects simplifies testing new functionalities without disrupting applications in production.

With NGINX Ingress Controller 1.11.0 we continue our commitment to providing a production‑grade Ingress controller that is flexible, powerful, and easy to use. In addition to WAF and TS improvements, release 1.11.0 includes the following enhancements:

Building on the improvements to annotation validation introduced in release 1.10.0, we are now validating the following additional annotations:

If the value of the annotation is not valid when the Ingress resource is applied, the Ingress Controller rejects the resource and removes the corresponding configuration from NGINX.

The kubectl get policy command now reports the policy’s state (Valid or Invalid) and (for a single TS) a custom message and the reason for the most recent update.

To satisfy the first requirement, include the following items in the annotations field of your NGINX Ingress Deployment file.

The second requirement is achieved by a change to the behavior of the requestHeaders field. In previous releases, with the following configuration two Host headers were sent to the backend: $host and the specified value, bar.example.com.

In release 1.11.0 and later, only the specified value is sent. To send $host, omit the requestHeaders field entirely.

The upstream endpoints in the NGINX Ingress Controller configuration can now be populated with service/cluster‑IP addresses, instead of the individual IP addresses of pod endpoints. To enable NGINX Ingress Controller to route traffic to Cluster‑IP services, include the use-cluster-ip: true field in the upstreams section of your VS or VSR configuration:

For the complete changelog for release 1.11.0, see the Release Notes.

For a discussion of the differences between Ingress controllers, check out Wait, Which NGINX Ingress Controller for Kubernetes Am I Using? on our blog. 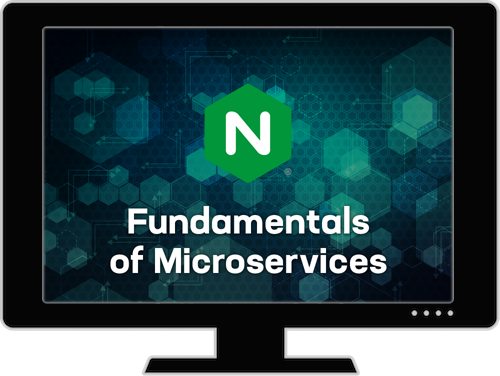 Get an introduction to the technologies behind some of the most popular apps on the planet.