If you follow tech news, it often seems like “another day, another security breach”. Increasingly, though, breaches are taking the form of attacks on APIs. You’re not safe even when taking a break to exercise – a security researcher recently found that an API from stationary bike vendor Peloton delivered private user account data in response to unauthenticated requests!

In F5’s The State of Application Strategy in 2021 report, 58% of respondents said they are building a layer of APIs to modernize applications. With the rise of DevOps, cloud, and microservices, applications and the APIs that underpin them need to be supported across a distributed environment that includes, but isn’t limited to:

API gateways mediate API traffic by routing requests, authenticating and authorizing API clients, and applying rate limits to protect API‑based services from overload. Many NGINX customers have successfully deployed API gateways across the kinds of distributed environments mentioned above, but at the same time have seen APIs emerge as a new attack vector. According to F5’s 2021 Application Protection Report, nearly two‑thirds of API incidents occurred because APIs were totally exposed – they didn’t have any authentication or authorization mechanisms.

The NGINX Controller API Management Module provides a variety of mechanisms to protect your APIs, including:

Distributed API Security in Any Environment

True to NGINX’s “core values”, Controller App Security is lightweight, platform agnostic, and high performance. How do we achieve high performance? The WAF is colocated with the NGINX API gateway, so there’s one less hop for API traffic, reducing both latency and complexity. That’s in stark contrast with typical API management solutions, which don’t integrate with a WAF. You have to deploy the WAF separately, and once it’s set up API traffic has to traverse the WAF and API gateway separately. Controller App Security’s tight integration means high performance without compromising security.

The following screenshots illustrate just some of the metrics you can track:

Controller App Security gives you flexible, fine‑tuned control over security policies. As shown in this screenshot, you can set both blocking and monitoring‑only enforcement modes – in the second mode, malicious traffic is logged but still forwarded to the API server. You can also disable default signatures to reduce false positives. 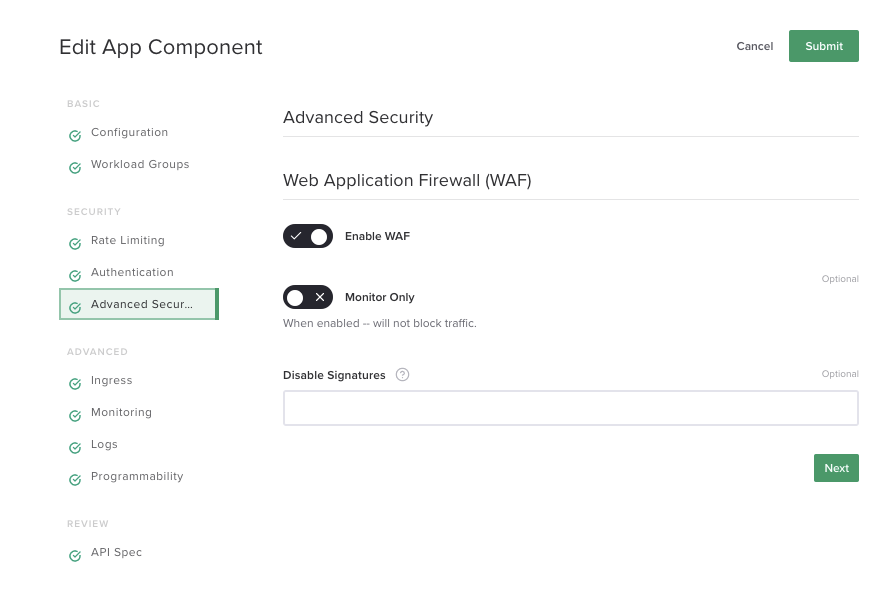 This screenshot shows a list of the signatures that are blocking the most API calls, information you can use to prioritize which signatures you need to tune to reduce false positives. 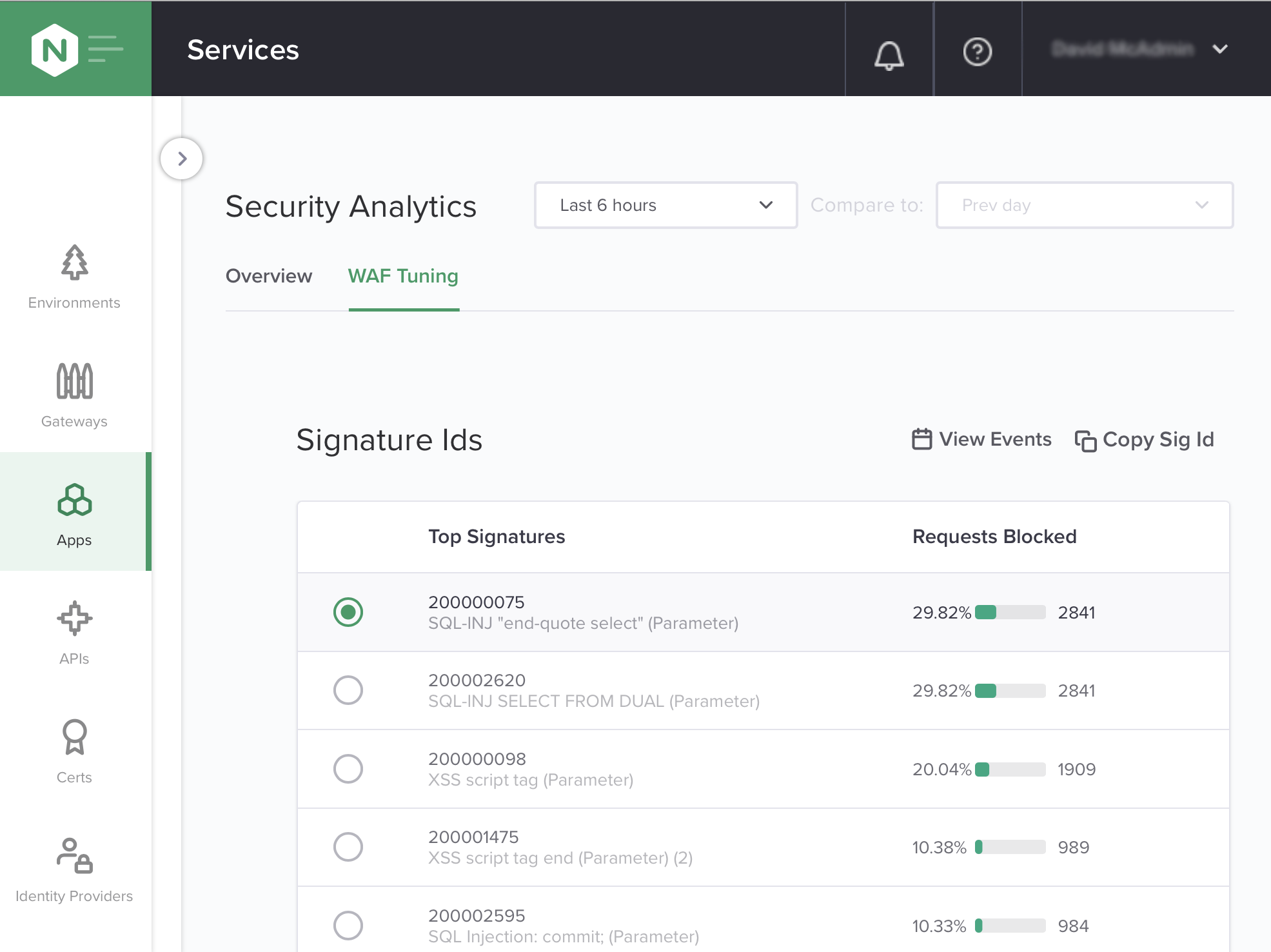 Controller App Security lets you empower DevOps by enabling self‑service and removing operational bottlenecks between security and DevOps teams, as well as supporting automation and integrating the WAF natively into CI/CD pipelines. These capabilities advance the shift‑left movement, in which developers and DevOps teams apply security earlier in the software development cycle (especially during the test phase) by integrating it into the CI/CD pipeline. API security is not treated as an afterthought – it’s an integral part of the API development process, which results in fewer issues in production.

Want to give NGINX Controller App Security for API Management a try? Download a 30-day free trial or contact us to discuss your API security needs.