NGINX and F5: Our Continued Commitment to Open Source

Last week, we announced that F5 will be acquiring NGINX. The response has been overwhelmingly positive from customers, the community, partners, employees, and throughout the industry. It’s humbling and we thank everyone for their ongoing support of NGINX.

But we also heard loud and clear: F5 and NGINX need to continue demonstrating our joint commitment to open source.

Let me explain what we’re doing. I’d like to hear from you if we’re not meeting expectations.

NGINX and F5 Are Committed to NGINX Open Source

Let me take a moment to be very explicit: F5 is committed not only to supporting the development of NGINX Open Source and other NGINX open source projects, but to increasing investment over time.

Just to repeat that. F5 is committed to the NGINX open source technology, developers, and community.

I mentioned this in my blog post about the acquisition. F5 CEO François Locoh-Donou mentioned it in his open letter to F5 employees. And numerous articles have covered the F5 promise to be a good steward of NGINX Open Source, including Computer Business Review, Business Insider, CRN, ZDNet, and The New Stack.

If software is eating the world, then open source is eating software. Open source is a huge driver of software innovation and powers the most compelling applications and digital services on the planet. It’s a key resource and a large part of what attracted F5 to NGINX. Trust me when I say that neither NGINX nor F5 wants to destroy the value the NGINX team spent 15 years creating.

On second thought, I’ve changed my mind. . .don’t trust me. Watch us instead! When we announced NGINX Plus in 2013, members of the open source community expressed the same concerns as they are now. Since then we have delivered new features and capabilities in NGINX Open Source every month. We added TCP, UDP, gRPC, and HTTP/2 capabilities, to name just a few.

And we’re not stopping there. Our plan for 2019 is to accelerate open source development with even more capabilities. Notable roadmap items include:

All said and done, we expect to make 30+ releases of open source software during 2019, with updates to the NGINX Open Source mainline continuing at the established cadence of a release every six weeks.

In addition to features and project development, we’re also keeping NGINX Conf, our annual user event. We expect more than half of this year’s speakers to come from the community and discuss open source use cases. Keep an eye out for the call for papers and save the date: September 10–11 in Seattle.

Can’t wait until September? Join one of our monthly meetups! In February we hosted Gremlin to talk chaos engineering, and our own Faisal Memon updated attendees on NGINX Open Source. Next up, we’re doing a deep dive on NGINX Unit.

We’re Committed to Maintaining, and Even Increasing, Resources

What excites me the most, though, is the potential to increase investment in our open source capabilities. By that I mean that after the deal closes, F5 will help us:

I believe words are cheap and actions matter more. I think you’ll find both NGINX and F5 are committed to making sure that NGINX Open Source not only survives, but thrives.

As we find new and powerful ways to combine F5 and NGINX technology, people, and resources, we’re confident that you’ll see an accelerated pace in NGINX open source projects.

Watch this space. We’ve got great things planned and look forward to even more community engagement than before. 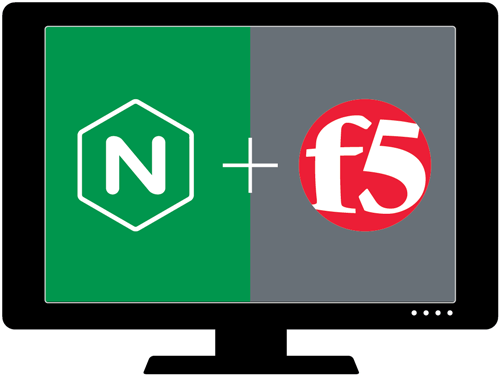