Using NGINX and NGINX Plus with Node.js and Socket.IO, the WebSocket API 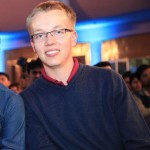 In this post we’ll talk about using NGINX and NGINX Plus with Node.js and Socket.IO. Our post about building real‑time web applications with WebSocket and NGINX has been quite popular, so in this post we’ll continue with documentation and best practices using Socket.IO.

Why Use NGINX with Node.js and Socket.IO?

Socket.IO is a WebSocket API that’s become quite popular with the rise of Node.js applications. The API is well known because it makes building realtime apps, like online games or chat, simple. NGINX 1.3.13 and later and all NGINX Plus releases support proxying of WebSocket connections, which allows you to utilize Socket.IO. The WebSocket protocol allows for full‑duplex, or bidirectional, communication via a single TCP connection.

Applications running in production usually need to run on port 80 (HTTP), port 443 (HTTPS), or both. This can be a challenge if several components of your application interact with the user or you are using a web server on port 80 to deliver other assets. This makes it necessary to proxy to the Socket.IO server, and NGINX is the best way to do that. Whether you have one instance of your backend application or hundreds, NGINX can also load balance your upstreams when using multiple nodes.

To install Node.js, download the appropriate distribution (or install with a package manager). Run the npm install socket.io command to install Socket.IO.

For this example, we assume that the Socket.IO server for your real‑time app is running on port 5000. The following is a template for a server.js node application file; it’s a basic program that acts as a server and routes incoming requests to the proper port running the Socket.IO server.

Add JavaScript code like the following to the file that is delivered to your client, for example index.html. This example requests a connection to your application to create a WebSocket with your user’s browser.

NGINX and NGINX Plus can load balance and distribute user sessions to multiple nodes if your application has several instances. In the http context in your NGINX or NGINX Plus configuration, include an upstream block to define the nodes in an upstream group.

As shown in the following example, you can include the weight parameter on a server directive to set the proportion of traffic directed to it. Here srv1.app.com receives five times more sessions than the other servers. NGINX Plus extends the reverse proxy capabilities of NGINX with enhanced load balancing methods and by adding session persistence, health checks, extended status reports, and on‑the‑fly reconfiguration of load‑balanced server groups.

What About Static Files?

To deliver static assets, you can have NGINX proxy requests to an upstream Node.js instance, but in most cases it’s more efficient to have NGINX serve them directly.

In combination with the server_name directive in the server block above, the following location block tells NGINX to respond to client requests for content in http://app.domain.com/assets/ by serving it from the local /path/to/assets directory. You can further optimize static file handling or set cache expiration settings that meet your needs.

If you receive the following error, you are probably running a version of NGINX prior to 1.3. Use of WebSocket is supported in NGINX 1.3.13 and later. 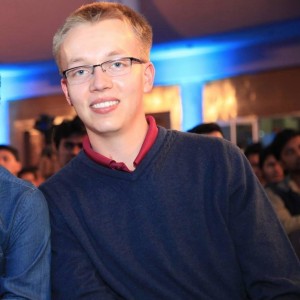