We recently tested the scalability of NGINX for load balancing WebSocket connections. Even with 50,000 active WebSocket connections, NGINX required less than 1 Gb memory and less than 1 core of CPU capacity, and when loaded up with very busy connections, memory usage was stable and increased more slowly than message size. Performance in your environment will depend on the nature of your application, but the results of these tests can provide some indication of the amount of resources you can expect NGINX to use.

The following machines were used for this testing:

We ran two sets of tests.

The first set of tests simulated long-lived and mostly idle connections. The number of connections varied from 1,000 to 50,000, message size from 10 to 4096 bytes, and the frequency of messages from 0.1 to 10 seconds (which we considered low). 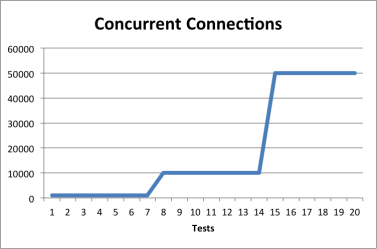 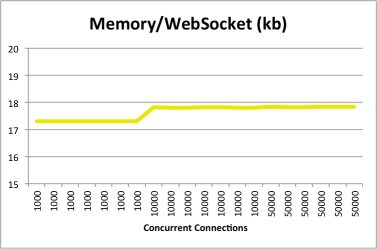 The second set of tests simulated short-lived but highly active connections. The number of concurrent connections was kept constant at 500, with 50 messages per connection and no delay between messages. Message size ranged from 1 to 4096 bytes

The results show that with a fixed number of concurrent connections, the total memory utilization is a factor of the message size, as is the memory used per connection, but in both cases the amount of memory does not vary much and varies in a sub-linear manner, increasing by less than 15%. 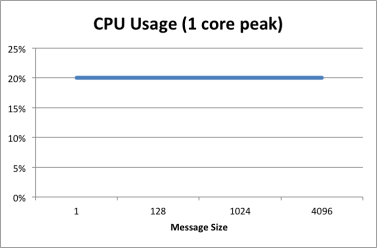 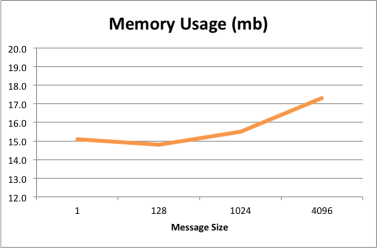 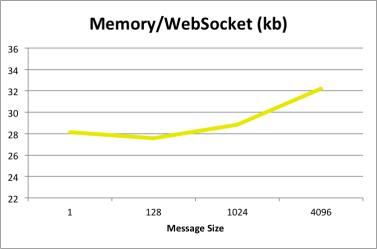 During these tests, NGINX delivered predicable and scalable performance when proxying WebSocket servers. These were synthetic tests and not necessarily representative of a real-world application, so the results of tests done on other systems may differ. For more information, please see:

Rick Nelson is the Manager of Pre‑Sales, with over 30 years of experience in technical and leadership roles at a variety of technology companies, including Riverbed Technology. From virtualization to load balancing to accelerating application delivery, Rick brings deep technical expertise and a proven approach to maximizing customer success.