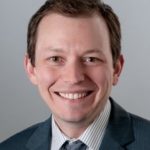 Over the past few years, I’ve worked with a handful of partners for whom NGINX Plus performance was the primary concern. The conversation typically starts with their difficulty matching our published performance benchmarks. The challenge usually results from the partner jumping straight to a fixed use case, such as using existing SSL keys or targeting very large file payloads, and then seeing sub‑par performance from NGINX Plus.

To a certain degree, this is expected behavior. I always like to explain to partners that as a software component, NGINX Plus can run at near line‑rate speeds on any hardware that’s available to it when dealing with the most basic HTTP use case. In order to hit our published numbers with specific use cases, though, often NGINX Plus benefits from changes to its configuration as well as tweaks to low‑level OS and hardware settings.

In every case to date, our partners have been able to achieve the theoretical performance numbers with very unique use cases simply by focusing on the components of the OS and hardware settings which need to be configured to match their use case and with how NGINX Plus interacts with those components.

Over the years, I’ve compiled this list of NGINX configuration, OS, and hardware tips, tricks, and tweaks. It’s intended to help our partners and customers achieve higher performance of both NGINX Open Source and NGINX Plus for their specific use cases.

This document is only a guide to a subset of configuration settings that can impact performance; it’s not an exhaustive list, nor it is necessarily appropriate to change every setting discussed below in your environment.

Note: We have revised this blog post since its original publication, and are reviewing it further to make it as strong as possible. Please add your own suggested changes and additions in the Comments below; we’ll incorporate what we can into the blog post.

I generally recommend the following workflow when tackling performance‑tuning issues:

It’s important to note that every deployment environment is unique and comes with its own networking and application performance requirements. It might not be advisable to change some of these values in production. Results of any configuration tweaks outlined below can result in dramatically different results based on the application type and networking topology.

With NGINX having such strong roots in the open source community, many people over the years have contributed back to the performance conversations. Where applicable, I’ve included links to external resources for specific performance‑tuning suggestions from people who have already battle‑tested many of these solutions in production.

Please refer to the NGINX reference documentation for details about supported values, default settings, and the scope within which each setting is supported.

This section describes how to remove slow and unnecessary ciphers from OpenSSL and NGINX.

When SSL performance is paramount, it’s always a good idea to try different key sizes and types in your environment, finding the correct balance for your specific security needs between longer keys for increased security and shorter keys for faster performance. An easy test is to move from more traditional RSA keys to Elliptical Curve Cryptography (ECC), which uses smaller key sizes and is therefore computationally faster for the same level of security.

Gzip parameters provide granular control over how NGINX delivers content, so setting them incorrectly can decrease NGINX performance. Enabling gzip can save bandwidth, improving page load time on slow connections. (In local, synthetic benchmarks, enabling gzip might not show the same benefits as in the real world.) Try these settings for optimum performance:

More information on granular gzip control can be found in the reference documentation for the NGINX gzip module.

There are several tuning options related to connection handling. Please refer to the linked reference documentation for details on proper syntax, applicable configuration blocks (http, server, location), and so on.

Logging is an important tool for managing and auditing your system. Logging large amounts of data, and storing large logs, can strain system resources, but we recommend that you disable logging only in very specific cases or for performance troubleshooting.

You may benefit from a centralized logging system based on the syslog protocol, available from many open source projects and commercial vendors. If you need metrics (which aggregate information initially recorded in logs) for NGINX and NGINX Plus servers, you can use NGINX Amplify.

Thread pooling consists of a task queue and a number of threads that handle the queue. When a worker process needs to do a potentially long operation, instead of processing the operation by itself, it puts a task in the pool’s queue, from which it can be taken and processed by any free thread.

To enabling thread pooling, include the aio threads directive. Note that the way thread pools are managed can be affected by other buffer‑related configuration settings. For complete information on tweaking other settings to support thread pooling, see our blog.

CPU affinity is used to control which CPUs NGINX Plus utilizes for individual worker processes (for background information, see the reference documentation for worker_cpu_affinity).

In most cases, we recommend the default auto parameter worker_processes directive; it sets the number of worker processes to match the number of available CPU cores.

It’s always best to load NGINX Plus with traffic similar to your production traffic. However, for basic testing, you can use a load generator such as wrk, as described here.

Load NGINX Plus with a quick wrk session:

If necessary, you can create a simple 1k.bin file for testing with:

You can repeat the test with different numbers of processes and affinity bindings to see the linear scale. That’s an effective way to set the access limit to the appropriate subset of available cores.

Here’s a very rough sizing approximation for general web serving and load balancing. The values might not be as approriate for VOD streaming or CDNs.

Allocate 1 GB for OS and other general needs.

The rest is divided among NGINX Plus buffers, socket buffers, and virtual memory cache, with a rough estimate of 1 MB per connection.

On the surface, zones are used to store data shared by multiple upstream servers, such as status, metrics, cookies, healthchecks, etc.

Zones can also affect how NGINX Plus distributes load between various components such as worker processes, however. For full documentation on what components a zone stores and effects, please refer to the NGINX Plus Admin Guide.

It’s not possible to prescribe exact settings because usage patterns differso widely. Each feature, such as session persistence with the sticky directive, health checks, or DNS re‑resolving affects the zone size. As an example, with the sticky route session‑persistence method and a single health check enabled, a 256‑KB zone can accommodate information about the indicated number of upstream servers:

When creating zones, it’s important to note that the shared memory area is controlled by the name of the zone. If you use the same name for all zones, then all data from all upstreams will be stored in that zone. In this case, the size may be exceeded.

The limiting factor for disk I/O is a number of I/O operations per second (iops).

NGINX Plus depends on disk I/O and iops for a number of functions, including logging and caching. 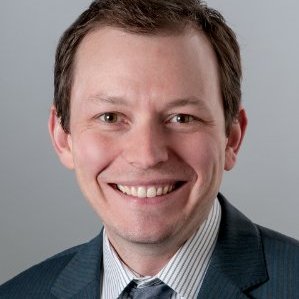 Alan is a technology communications leader and systems architect with a unique background in system engineering and architecture, application delivery, content marketing, and technology evangelism. He has provided global tech evangelism, analyst, press, and channel support throughout NA, EMEA, and APAC, with a particular focus on the country-by-country application delivery networking, cloud, and security markets in the Japan, ASEAN, and ANZ regions.