Securing Your Apps in Kubernetes with NGINX App Protect

Businesses know they need to bring services and applications to market quickly because if they don’t, a competitor surely will. But web applications are prime targets for cyberattacks, and updating them fast and furiously increases the risk that potential security vulnerabilities slip through QA and make their way into production.

Many factors make it challenging to consistently apply strong security standards. The pressure to release code quickly into production makes it tempting to let security slide. Over‑reliance on automated tools such as vulnerability scanners is dangerous, because they don’t catch every issue. Combining code contributed by various cross‑functional dev teams makes it less clear who is responsible for enforcing security. Running multiple applications and application versions in production multiplies the chinks in your applications’s armor.

The net result is that the need for security tools such as web application firewalls (WAFs) has never been more acute. These security tools are often integrated with a load‑balancing proxy, and deployed at the edge (or front door) of a corporate network to create a secure perimeter.

Security breaches of modern applications and infrastructures have revealed two necessary refinements to this approach: 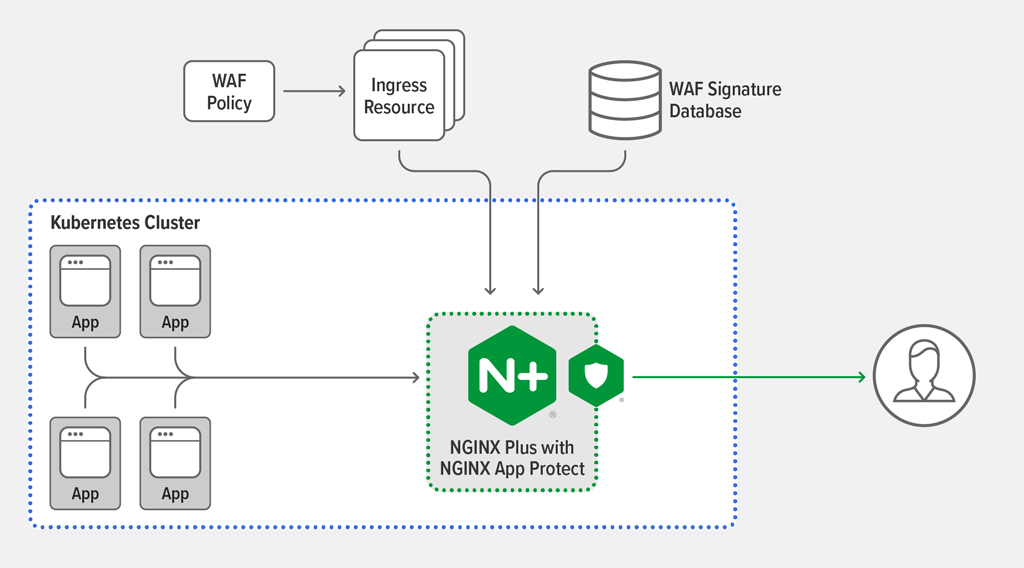 To build NGINX App Protect into NGINX Plus Ingress Controller, you must have subscriptions for both NGINX Plus and App Protect. A few simple steps are all it takes to build the integrated NGINX Plus Ingress Controller image (Docker container). You can deploy the image manually, with Helm charts, or with the NGINX Ingress Operator on supported platforms including Red Hat OpenShift. You then manage security policies and configuration using the familiar Kubernetes API.

Why Is Integrating the WAF into NGINX Plus Ingress Controller So Significant?

The configuration objects for App Protect are consistent across both the Ingress Controller (using YAML files) and NGINX Plus (using JSON). A master configuration can easily be translated and deployed to either device, making it even easier to manage WAF configuration as code and deploy it to any application environment.

Once you have deployed suitable APPolicy and APLogConf resources, you reference them from a Kubernetes Ingress resource, using a set of Annotations:

AppProtect then inspects and potentially blocks all requests handled by the Ingress controller.

The APPolicy and APLogConf resources can be defined in a different namespace, perhaps one that is owned by the DevSecOps team. This allows for safe and secure separation of concerns, for example in larger enterprises that delegate security policies to a dedicated team.

The logs for App Protect and NGINX Plus Ingress Controller are separate by design, to reflect how security teams usually operate independently of DevOps and application owners. You can send App Protect logs to any syslog destination that is reachable from the Kubernetes Pods, by setting the parameter to the app-protect-security-log-destination Annotation to the cluster IP address of the syslog Pod (see the Ingress resource above for an example). Additionally, you can use the APLogConf resource to specify which App Protect logs you care about, and by implication which logs are pushed to the syslog Pod. NGINX Plus Ingress Controller logs are forwarded to the local standard output, as for all Kubernetes containers.

Lastly, NGINX App Protect on NGINX Plus Ingress Controller provides configurable resource protection thresholds for both CPU and memory utilization by the App Protect processes, to keep them from starving other processes. This is particularly important in multi‑tenant environments such as Kubernetes which rely on resource sharing and can potentially suffer from the ‘noisy neighbor’ problem. The following sample ConfigMap sets resource thresholds for App Protect processes.

The Ingress resource configuration in release 1.8.0 uses Annotations to reference App Protect policies, which doesn’t provide ideally granular control over which requests are inspected and which are not.

In a future release of NGINX Plus Ingress Controller, you can expect to see more detailed, customizable configuration that is integrated with the NGINX Ingress Resources. This will allow for additional control over how WAF policies are applied to requests.

For modern, containerized applications, it’s often safe to assume that that all ingress traffic (“north‑south”) is untrusted, whereas internally generated traffic (“east‑west”) is well‑formed and trustworthy. In this case, the Ingress Controller is an ideal location for a security proxy such as a WAF.

To try NGINX App Protect with NGINX Plus Ingress Controller, start your free 30-day trial today or contact us to discuss your use cases. 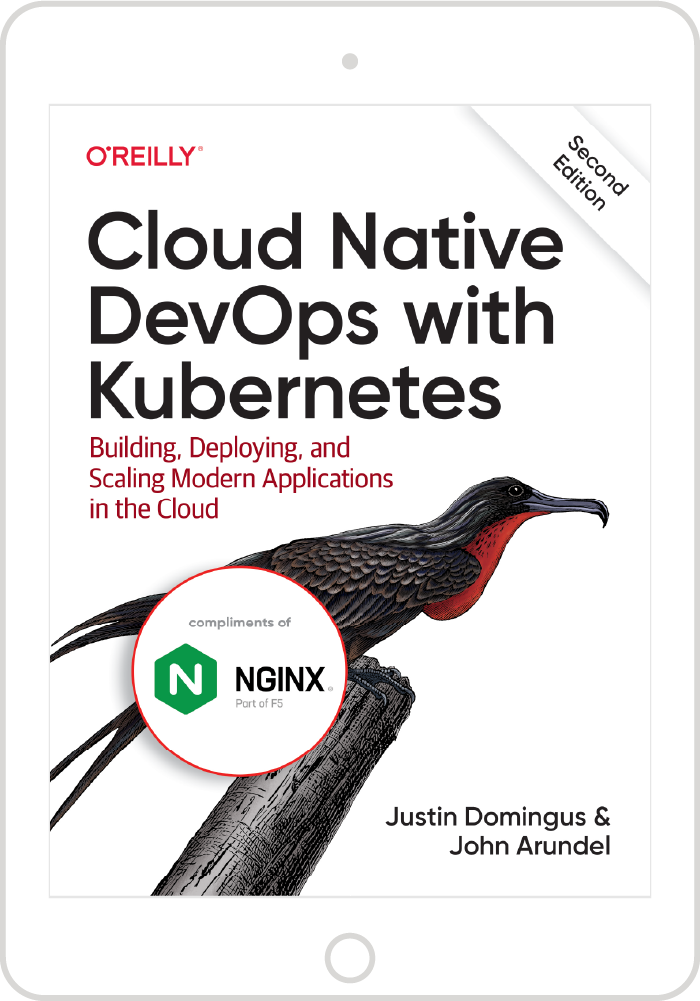