The service mesh is usually implemented by providing a proxy instance, called a sidecar, for each service instance. Sidecars handle interservice communications, monitoring, and security‑related concerns – indeed, anything that can be abstracted away from the individual services. This way, developers can handle development, support, and maintenance for the application code in the services; operations teams can maintain the service mesh and run the app.

Istio, backed by Google, IBM, and Lyft, is currently the best‑known service mesh architecture. Kubernetes, which was originally designed by Google, is currently the only container orchestration framework supported by Istio. Vendors are seeking to build commercial, supported versions of Istio. It will be interesting to see the value they can add to the open source project.

Istio is not the only option, and other service mesh implementations are also in development. The sidecar proxy pattern is most popular, as illustrated by projects from Buoyant, HashiCorp, Solo.io, and others. Alternative architectures exist as well: Netflix’s technology suite is one such approach where service mesh functionality is provided by application libraries (Ribbon, Hysterix, Eureka, Archaius), and platforms such as Azure Service Fabric embed service mesh‑like functionality into the application framework.

Editor – NGINX Service Mesh (NSM), a fully integrated lightweight service mesh that leverages a data plane powered by NGINX Plus to manage container traffic in Kubernetes environments, is now available in a development release. Download NSM for free, try it out in your development and test environments, and give us your feedback on GitHub.

Service mesh comes with its own terminology for component services and functions:

The part of a service mesh application that manages the network traffic between instances is called the data plane. Generating and deploying the configuration that controls the data plane’s behavior is done using a separate control plane. The control plane typically includes, or is designed to connect to, an API, a command‑line interface, and a graphical user interface for managing the app.

A common use case for service mesh architecture is solving very demanding operational problems when using containers and microservices. Pioneers in microservices include companies like Lyft, Netflix, and Twitter, which each provide robust services to millions of users worldwide, hour in and hour out. (See our in‑depth description of some of the architectural challenges facing Netflix.) For less demanding application needs, simpler architectures are likely to suffice.

Service mesh architectures are not ever likely to be the answer to all application operations and delivery problems. Architects and developers have a great many tools, only one of which is a hammer, and must address a great many types of problems, only one of which is a nail. The NGINX Microservices Reference Architecture, for instance, includes several different models that give a continuum of approaches to using microservices to solve problems.

Try the development release of NGINX Service Mesh (NSM) for yourself! Download it for free, use it in your development and test environments, and give us your feedback on GitHub. 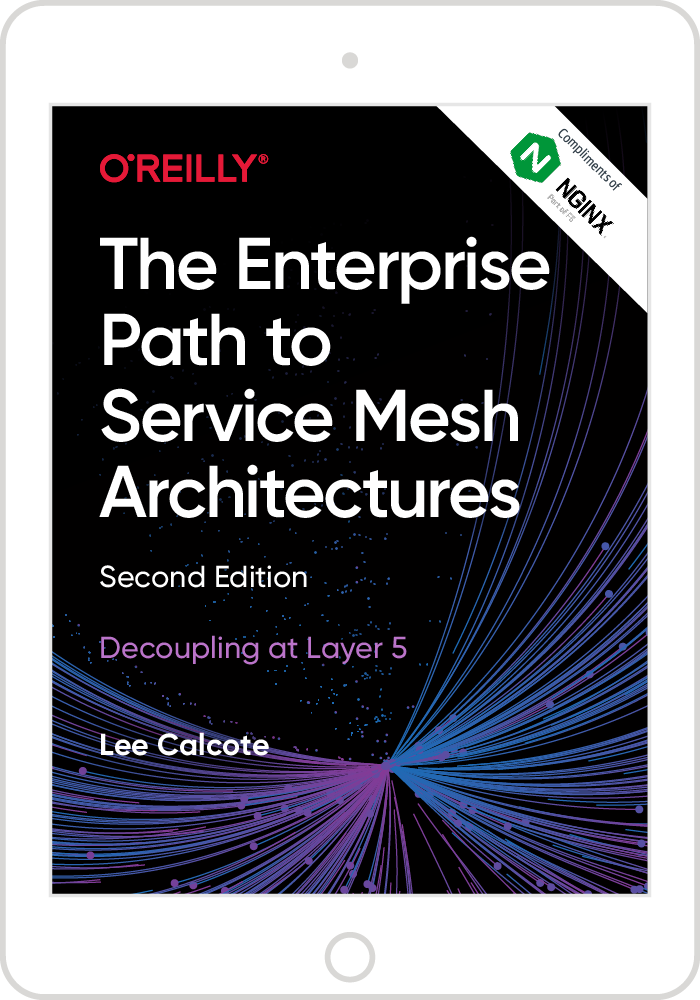