The world’s most innovative companies and largest enterprises rely on NGINX. 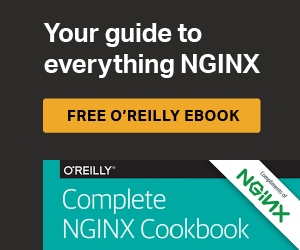