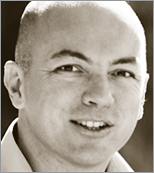 Sébastien Goasguen built his first compute cluster when they were still called Beowulf clusters, while working on his PhD in the late 1990s. He has been working on making computing a utility ever since. He has done research in grid and high‑performance computing, and moved to cloud computing with the advent of virtualization in the mid 2000s. He is currently a Senior Open Source Solutions Architect at Citrix, where he works primarily on the Apache CloudStack project, helping develop the CloudStack ecosystem. Sébastien is a project management committee (PMC) member of CloudStack and Apache libcloud and a member of the Apache Software Foundation, where he focuses on the cloud ecosystem and has contributed to dozens of open source projects. He is currently writing the Docker Cookbook.