Flexibility and Advanced Features for a Powerful, High‑Traffic Website
TRY NGINX PLUS FOR FREE

MaxMilhas is a powerful marketplace that sells discounted airline tickets through a proprietary technology that issues tickets using airline mileage programs in the background.

To improve website performance by better handling and routing traffic while also strengthening the layers of security protecting the web application. 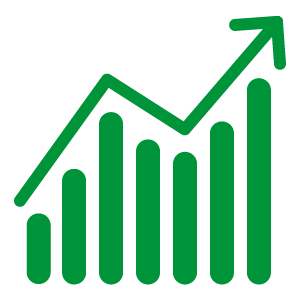 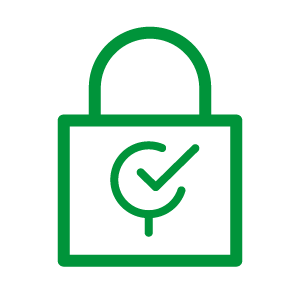 MaxMilhas is a powerful online marketplace where the users can compare prices of flights using both regular airfares (in cash) and the same fares in miles, and buy tickets with discounts based on the miles fares. In the background, it’s a marketplace that has both users offering their miles at their chosen price and users wanting to buy airline tickets. It seamlessly integrates both sides, showing prices in real time and automatically issuing tickets.

The result looks like magic: clients pay in cash (credit card or wire transfers) for tickets at a 38% discount on average compared to the regular airfare (and discounts can go as high as 90% discount). If a ticket is cheaper at the airlines, the platform redirects the user to the airline’s website, a transparent option that helps users to find the best option for them.

“Our platform supports millions of users per day and has quite an increase in demand for large‑scale events. We have the challenge of delivering a platform that supports a high throughput demand, especially during events like Black Friday and the World Miles Day.”
– Bruno Paiuca, Site Reliability Engineer

After deploying its web application in AWS to take advantage of the scalability and redundancy afforded by cloud resources, MaxMilhas realized that it still needed to improve its platform infrastructure. As web traffic grew, so did the burden on the web application, especially during high concurrency. The challenge was threefold:

To tackle the three challenges, MaxMilhas turned to NGINX Plus with its bevy of powerful features that not only improved website performance during large, spikey events, but also protected the underlying application from threat.

MaxMilhas deployed two NGINX Plus instances in its AWS architecture, vastly improving overall throughput by taking advantage of the powerful load balancer to direct traffic to specific web application instances. They also took advantage of NGINX Plus’ advanced caching, with very sophisticated cache rules, which positively impacted the web application response time. Finally, the NGINX Web Application Firewall (WAF) module ensured continued application uptime in the event of an attack. Together, these and other NGINX Plus features kept the online marketplace available to users as well as improving performance and transaction time.

“We considered Varnish and CDN players, but we ended up selecting NGINX Plus because we could have more features and deployment flexibility to ensure a high‑performance platform that could support a massive workload for big events and make our users happy.”
– Bruno Paiuca, Site Reliability Engineer

During large‑scale events like Black Friday, MaxMilhas saw performance degradation due to congestion and poor throughput. NGINX Plus includes a number of features – load balancer, traffic controller, and cache – that improve overall transaction time by better managing and routing traffic. The improved caching ensures an overall lower round‑trip time by reducing the amount of traffic being sent to the origin.

One of the biggest user complaints about MaxMilhas, especially during large traffic events, was the website response time. It simply took too long to return results as the application bogged down under heavy congestion. NGINX Plus has vastly improved the overall throughput and responsiveness of the application, returning search results and other data much faster than the previous web server infrastructure. The result? Happier end users.

MaxMilhas was hyper‑aware of the need to secure the web application. But that meant installing and managing another component in an already complicated infrastructure. NGINX Plus, with its integrated WAF, provides MaxMilhas a powerful layer of protection against outside intrusion without an additional third‑party software component or service. By deploying the WAF, MaxMilhas assures the resiliency of its application environment and uptime of the online marketplace.

is a powerful online marketplace where the users can compare prices of flights using both regular airfares (in cash) and the same fares in miles, and buy tickets with discounts based on the miles fares. In the background, it’s a marketplace that has users offering their miles at their chosen price and users wanting to buy airline tickets. It seamlessly integrates both sides, showing prices in real time and automatically issuing tickets.

SysEleven Adopts NGINX Plus to Enhance and Expand its Customer Services