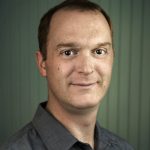 NGINX has a long history with AWS. NGINX is used in more than half of the web apps built in AWS, including many of the biggest. This, by itself, is a huge vote of confidence in NGINX.

So the NGINX booth at AWS re:Invent 2017 was a fun place to be last week. As we announced from the show, NGINX achieved AWS Networking Competency status, and was recognized as an Advanced Partner in the AWS Partner Network (APN).

AWS requires considerable integration work, and a strong track record, from its partners, so it’s a great honor to be on the list. This endorsement of NGINX, one of only two load‑balancing vendors to make the list, is testament to the traction we’ve achieved in helping customers modernize apps and migrate to the cloud.

Also, AWS announced its new AWS Network Load Balancer (NLB), a Layer 4 (transport layer) load‑balancing service. It very nicely complements the use of NGINX Plus as a Layer 7 (application layer) load balancer. See our step‑by‑step Deployment Guide on deploying AWS NLB and NGINX Plus together.

AWS published a descriptive blog post and an official NGINX Plus on AWS Quick Start to help you get AWS and NGINX Plus working together. You can stand up an AWS‑endorsed, highly available (HA), all‑active, Auto Scaling implementation in under 30 minutes!

With all this happening, the mood in our booth – packed as usual – was upbeat. With the NGINX booth as my base of operations, I set out to take in the show, attend sessions – and talk, and talk, and talk to my fellow attendees.

At the end of several long days and evenings, I have a few takeaways that might be of interest as you make your plans for 2018 and beyond.

The focus at the show, and for AWS as a whole, has shifted from tech‑forward, even cloud‑native, startups to mainstream enterprises (and the fast‑growing startup and midsize companies, forward‑looking nonprofits, and plugged‑in government agencies that invest in tech as if they were enterprise companies themselves). 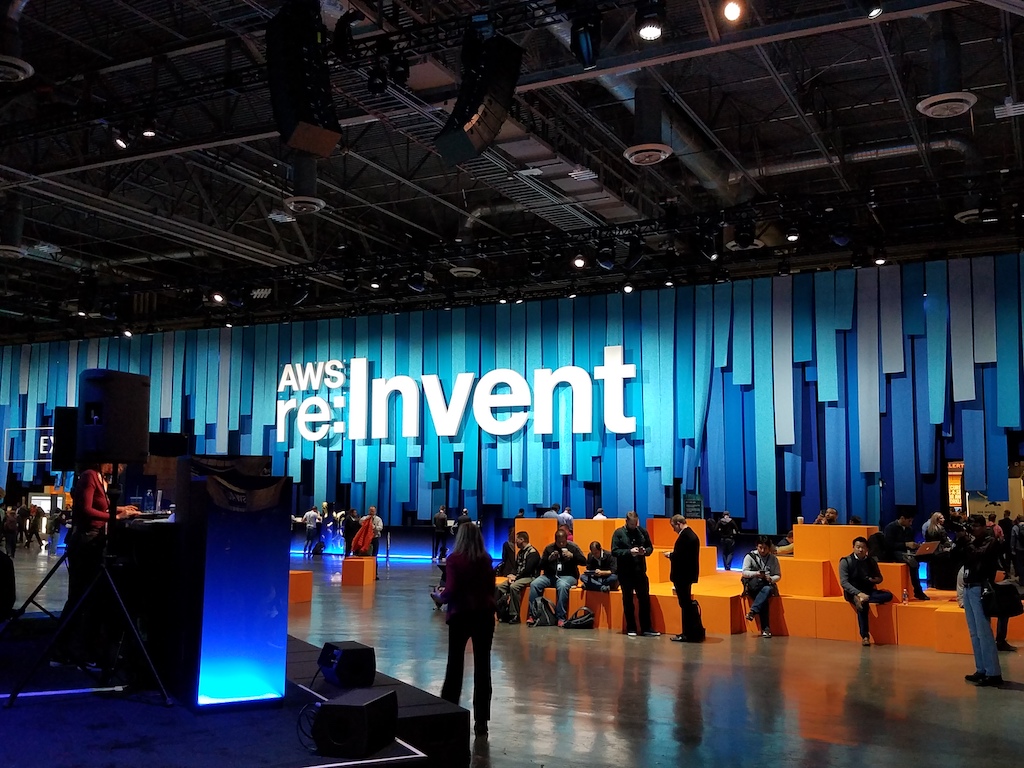 During his keynote address, AWS CEO Andy Jassy showcased all the household enterprise brands that are now AWS customers. The message? If these companies can do it, so can you.

But there’s a catch. Attracting blue‑chip brands to AWS will require bringing IT staff along for the journey. Our own Lindsay  Shaw, whom many of you know from NGINX’s digital channels, pointed out that many businesses feel blocked somewhere along their cloud journey, sometimes even before getting started on the journey at all.

Internal entrepreneurs often feel blocked by security concerns. Many senior managers still don’t get it – or, they “let” their companies try the cloud, then experience what seem like long delays in achieving major benefits, and back off. Adding insult to injury, as the enterprises try do decide what to do, their most talented people leave for more forward‑looking competitors.

The trouble is, enterprise‑ing people who do get it are clogging the aisles at trade shows like re:Invent, while the others just keep treading water – a strategy that comes with a built‑in expiration period. Lindsay will have more to say about this in a future blog post.

Our advice: If you’re holding out on the cloud, then stop waiting. Just stop. Public cloud as a whole, and AWS in particular, have crossed the proverbial chasm. It’s easy enough to hire or acquire AWS skills. At least sponsor training and AWS sandboxes for your developers – they’re using it already, anyway.

2. The Container Wars Have Moved Up a Level

I heard many times at re:Invent that “the container wars are over”. I’m not sure that’s true. The container packaging war was won years ago, by Docker. (Though interesting alternatives and standardization efforts seem to be gaining ground.)

Now, the container orchestration war is over too, and Kubernetes is the winner. Just in the last few months, Docker, which has its own Docker Swarm, and Mesosphere, which had been pushing Marathon, have both announced support for the Google‑originated Kubernetes platform. Even AWS got in on the action, announcing that Elastic Container Service (ECS) will now offer a fully managed Kubernetes service.

There’s another, higher‑level war starting now, though. That’s the service mesh wars – the cutting edge of microservices development frameworks and the effective use of containerized application code. Istio, linkerd, the NGINX Microservices Reference Architecture and service mesh, and other service mesh approaches are getting a lot of attention, with proponents for various “sides” energetically arguing their merits.

Our advice: Service mesh is the straw the stirs your container drink, so study up. Using Docker – and, now, Kubernetes – is necessary, but not sufficient. Without a service mesh, your fancy microservices‑based app won’t provide the performance, security, and reliability that organizations require.

People in application development and delivery continually resist lock‑in to a single vendor – but continually find themselves enmeshed in it anyway. Single‑cloud is the new vendor lock‑in paradigm. Multi‑cloud is the solution – especially if you define multi‑cloud to include customer‑owned servers, customer‑leased servers, private clouds, and hybrid cloud, as well as the major public cloud vendors. (Multi‑cloud is a major theme at NGINX, as you can use NGINX as the foundation for implementation architectures that are just about completely cloud‑agnostic.)

So it was particularly interesting to see AWS’s Jassy take potshots at Oracle from the main stage. He showed a funny cartoon and referenced Oracle’s price increase for customers looking to run Oracle on AWS.

The crowd loved it. Jassy then went on to talk about Oracle lock‑in and the value of the many database options on AWS. But this just begs the question – aren’t AWS customers then locked into AWS? It seems like Jassy may be throwing a few stones from his glass house.

Regardless, it will be interesting to see how customers feel about lock‑in as it shifts from database vendors to cloud vendors, and if concern about this will accelerate a move to multi‑cloud architectures. 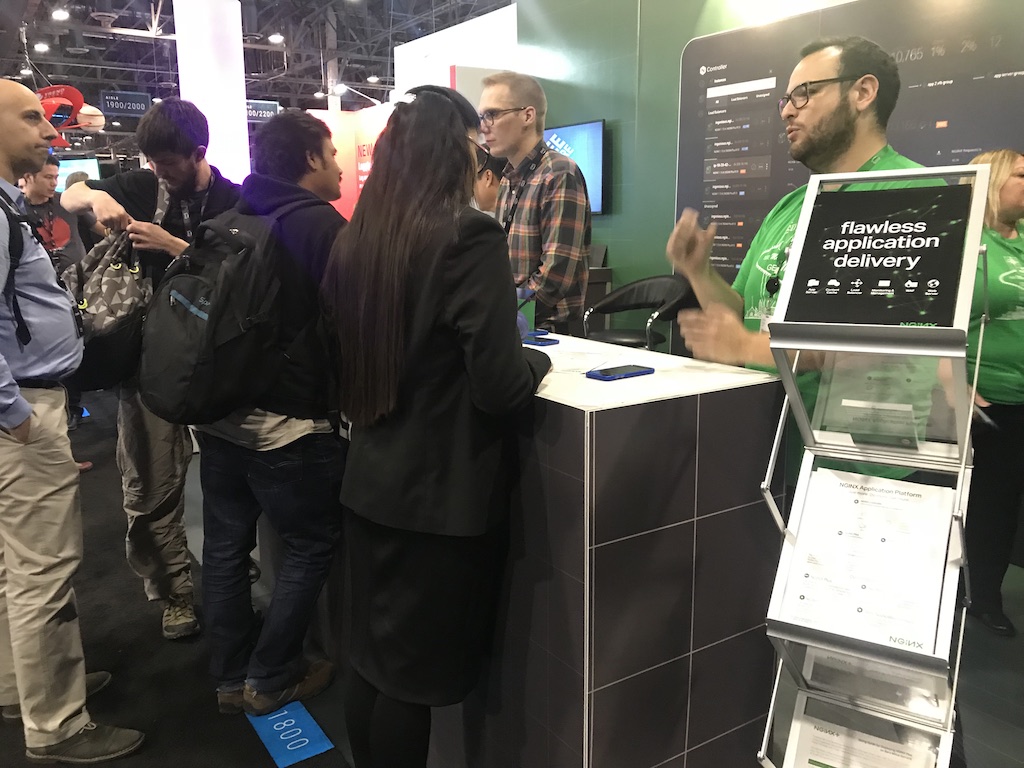 4. Serverless is the New PaaS

Serverless computing got huge emphasis from AWS, with the term “serverless” seemingly slapped onto every feature. And this works out well for vendors of serverless, well, services, which abstract away the need to deal with underlying infrastructure – whether it’s servers, data storage, AI, machine learning, or other engines.

That makes life simpler for users and developers, but only until they get the bill and can’t quite pin down what they’re paying for – or how they might go about reducing the charges they’re paying.

As a former industry analyst myself, this looks like platform as a service (PaaS), but with discrete functions separated out and sold off for use one at a time. Gartner calls this “function platform as a service”, or fPaaS. Somehow it seems to me that “serverless” is the more promising buzzword here.

Our advice: Lifting and shifting apps to the cloud may or may not provide cost savings and agility. Learning to use serverless functions should do both. Have developers start using serverless functions to improve productivity and increase the velocity of new features into your apps.

AWS is the expert at an old practice in technology – taking feature shortfalls and launching them as new services or features. At first blush, that was my takeaway regarding the newly announced Global Tables.

But the more I thought about this, the more I realized the Global Tables offering is a big deal. A lot of the changes in AWS architecture, and even the move to multi‑cloud, are about bringing multi‑regional footprints and ever‑higher availability to AWS, and AWS‑type, services.

This leaves customers going to great lengths to protect their data from AWS outages. Having this resiliency as a built‑in feature obviates the need for third‑party tools and services to provide that capability.

Global Tables enables this as feature for DynamoDB, and it will kill off an ecosystem of tools, such as bolted‑on data‑replication services, that have been created to make services multi‑availability‑zone ready.

Our advice: Take public cloud service availability seriously. Unfortunately, we’re seeing more frequent and costly outages. If you’re not ready for a multi‑cloud strategy, then look to features like Global Tables to provide you with higher availability in the interim.

Want your app to gain machine‑learning capabilities, becoming more capable as customers use it? SageMaker enables developers and in‑house data scientists to quickly and easily build, train, and deploy machine‑learning models at any scale.

This is a big deal, as designing and implementing machine‑learning models is a daunting task for most developers. It requires rare skills and experience that your average enterprise just doesn’t have, which reminds me of the big‑data dilemma of yesteryear.

The promise of machine learning will be held back by a skills gap, much like a lack of Hadoop skills stalled big‑data projects. SageMaker greatly reduces the learning curve and fills in much of the skills gap with an API.

SageMaker will democratize machine learning and open up entirely new business models for cloud‑native companies, especially startups. Traditional enterprises will follow suit, but I suspect it will take a few years, much as AWS Lambda did.

Our advice: Every business is a digital business, but you need a business model that leverages new data streams. Encourage developers to explore SageMaker. Hold internal hackathons to find new ways machine learning can benefit your business – before your competitors use it against you.

The AWS IoT suite started ahead of the machine‑learning tools, but at re:Invent, it got a host of new services. There’s even an interesting consumer application, Greengrass ML Inference, that applies machine learning to IoT.

Of most interest, though, was FreeRTOS – as the name suggests, an open real‑time operating system (RTOS). FreeRTOS sees Amazon, like Google with Android before it, getting into the OS business. It’s easy to overlook that as trivial, but I think it’s especially noteworthy that a provider of public‑only cloud services is now providing on‑prem software. It will be interesting to watch AWS’s dedication to this project.

Our advice: Don’t assume IoT isn’t relevant for your business. Look for ways to analyze data from Internet‑connected devices in order to provide better customer services, drive operational efficiencies, or outpace competitors. Don’t know how? SageMaker is but an API call away.

I wanted to end on the IoT example as it reinforces for me why AWS is such an impressive force to behold in the industry. The offerings from AWS are exploding – not least, our own hook‑up of AWS NLB and NGINX Plus.

Along with its wide range of offerings, Amazon’s IoT suite exemplifies its ability to extend its business model – summed up as “get bits on our cloud” – to an extreme, while remaining completely true to its mission. AWS continues to out‑innovate and out‑execute its competitors. They release 1300 new services or features per year, or more than 3 per day. It’s breathtaking, really. 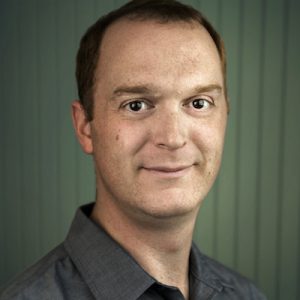