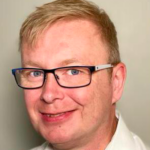 This post is part of our series about container technology:

Containers are everywhere in the modern application landscape. Developers are using them in multiple ways – building them, pushing them to registries, and generally making applications work within containers.

What Are Container Images?

The best definition that I’ve seen of a container image is this one:

Images can exist without containers, but a container needs to run an image to exist.

This is somewhat circular, but still accurate. A container image is a computing object that contains application code and is “run” by a container runtime (such as Docker, rkt, and podman). Kubernetes is the most popular container orchestration system, but the three other tools mentioned can be used for orchestration if you’re doing local development.

Why Is a Smaller Image Better? When running a single application in a container, shared libraries aren’t needed. After all, there’s no other application to share the code with!

Shared libraries take up space, and their life cycles need to be managed independently as part of the build process. Shared libraries are usually shipped with an operating system, and maintained quite separately from the applications that use them.

When operating within a container, there is no need to have this usual separation. Not separating out shared libraries means that, as a developer, you include only the components that your application needs to run – and nothing more. In a container context, this means no shared libraries.

The traditional approach to building container images is to include and use a prebuilt operating system. If we use one of the more commonly used base images, we see something like this listing for Ubuntu (here divided across multiple lines for readability):

As you can see, there’s quite a wide variation in image size: from just 75 MB for Ubuntu to a whopping 351 MB for the complete fedora-toolbox image. Each time one of these images is run, it takes time to start and load it, not counting the build time if you recompile an application and push the image into a registry.

There are two common choices for reducing image size: Alpine Linux and the Red Hat Universal Base Image (UBI).

Alpine Linux is based on the musl implementation of the C standard library (libc) and on BusyBox, a minimal kernel that nonetheless includes a plethora of tools. The use of musl libc means that you must recompile the application code to work with Alpine Linux, which is problematic if you don’t have access to the application’s source code.

UBI from Red Hat is another angle here. UBI is a standardized set of container images that have a set of runtimes for developers to use.

Using Alpine Linux usually results in a much smaller image, just 5.87 MB in this listing:

Alpine and UBI address the same question (how do I build a smaller image?) but approach it from different starting points. Alpine starts with a very small codebase, and only adds the tools that are required. UBI, on the other hand, starts with a larger operating system and strips it down to bare essentials.

Before you can build a minimal image, you of course need an application. For the purposes of this blog, I’ve written the following very simple application in C. (Actually, I first wrote this app for a colleague who wanted to spin up thousands of containers for Istio testing and so needed a tiny container image.)

Perhaps the most notable thing about it is that it doesn’t actually do anything! It just calls the pause() function and waits for a signal.

This may seem like an odd application to use as an example, but it’s good for illustrating my point about image size. Being so small, the application has very little effect on the container size.

Under normal circumstances, I run this gcc command to compile the app with several optimizations:

The result is a very small binary (just 15 KB):

This application is dynamically linked. That is, it requires shared libraries on the operating system in order for it to run. I can check this by running the ldd command.

In order to build this into a container, I need to use a base image that contains the shared libraries. I’m using podman, and Dockerfile for builds as it’s somewhat ubiquitous.

I use the RedHat UBI minimal image (in STEP 1) and add my precompiled application with the command to run it (in STEP 3) when the container starts.

The podman images command shows that the new image is no bigger (105 MB) than the ubi-minimal base image, because my application only adds 15 KB.

When I run this image, I can see that it is available and running.

I can execute a shell inside the new container and look at my binary:

The application is the same one that I compiled and built into the container. Because it’s dynamically linked, it requires shared libraries in the operating system to run. This means that my application needs a base image containing these libraries in order to run. This increases the size of my container, so it’s still not as minimal as I want.

Building Without an Image

I can do two things to make this container image a lot smaller. I can statically link my code, meaning that my application “bundles in” the shared libraries into the binary, for want of a better description.

I run this command to statically link:

The ls command shows that the resulting application binary is 697 KB – considerably larger than the dynamically linked application – because the libraries are bundled into the application.

Now when I run the ldd command to display the shared libraries, I get a message telling me that the executable is not dynamic.

In the Dockerfile, I’m using the special no‑op keyword scratch to indicate I’m not using a base image.

I now build an image in the same way as before by running the podman build command:

The container builds in exactly the same way as the dynamic executable, but the resulting image is much smaller than the dynamic image – only 716 KB, which is barely bigger than the statically compiled binary itself (697 KB).

I initialize the container and confirm it’s running:

If I try to exec a shell, or run the ls command inside the container, I get error messages indicating that there are no other applications in the container. This is because the container doesn’t include an operating system or base image.

Building small container images is useful in all sorts of scenarios – development and testing, for example. It significantly cuts down the build time of new images, including the time that it takes to push an image to a remote registry.

As mentioned before, smaller container images (especially if they do not use a base image) also have a much smaller attack surface and fewer dependencies, reducing their footprint in terms of extraneous libraries, dependencies, and other things inside your image. Mostly though, creating small images carries a sense of neatness and symmetry, making it an uber cool thing to do! 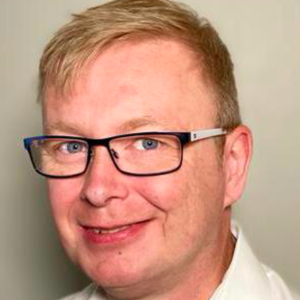