Enterprise-Grade Cloud Storage with NGINX Plus and Minio 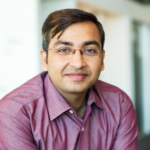 This is a guest blog post by Nitish Tiwari, a software developer for Minio, a distributed object storage server specialized for cloud applications and the DevOps approach to app development and delivery. Nitish’s interests include software‑based infrastructure, especially storage and distributed systems.

Almost all applications need storage, but different apps need and use storage in particular ways. Take for example, a document store: it might not need to serve frequent read requests when small, but needs to scale as time progresses. Another application, such as an image gallery, needs to both satisfy requests quickly and scale with time.

These nuances make storage setup tough. However, everything is not gloomy – with the advent of object storage as the default way to store unstructured data, HTTP has become the default communication mode, standardizing how applications communicate with storage.

Still, the question remains: How do you build an object storage setup that is tailored for your application requirements, but still flexible?

Because object storage involves HTTP servers and clients, it makes sense to have a versatile web server like NGINX Plus in front to handle HTTP traffic. A lightweight object storage server such as Minio can be used to provide scalable storage at the backend. The flexibility of such a system is the key to creating an enterprise‑grade service.

With NGINX Plus, administrators can not only load balance incoming traffic – they can cache, throttle, terminate SSL/TLS, and even filter the traffic based on various parameters. Minio, on the other hand, offers a lightweight object storage server that is compatible with Amazon S3.

Minio is best suited for storing unstructured data such as photos, videos, log files, backups, and VM and container images. Minio server is light enough to be bundled with the application stack, similar to Node.js, Redis, and MySQL. Minio also supports a distributed mode, letting you pool multiple drives – even on different machines – into a single object storage server.

In this post we’ll explore some of the features of NGINX Plus in various use cases and learn how to combine them with Minio to set up a production‑grade, highly scalable, highly available, and stable object storage system.

NGINX Plus as a Reverse Proxy and Load Balancer

NGINX Plus reverse proxies client traffic by passing requests to a backend server, which is listening on the URL specified by the proxy_pass directive. In the following configuration snippet, a standalone Minio instance is running on localhost, so it’s available at http://localhost:9000. All requests coming on port 80 to the top‑level directory (/) at www.example.com are passed to Minio. NGINX Plus explicitly sets the Host header to its value in the original request.

If you have multiple Minio servers, load balance traffic among them by listing them in an upstream configuration block and referencing the upstream group in the proxy_pass directive:

For more details about setting up NGINX or NGINX Plus as a proxy for Minio, see the Minio documentation.

The next step is to edit the NGINX Plus configuration file. Here you need to specify the ssl parameter to the listen directive in the server block, then specify the files containing the server certificate and private key:

For more information about SSL/TLS termination, see the NGINX Plus Admin Guide.

Object storage servers are not known for their speed, but that doesn’t have to mean slow responses to clients. When you enable caching on the NGINX Plus server, it saves frequently accessed data which it can return to the client immediately without having to forward the request to the backend server.

Here is how it works. The NGINX Plus web cache sits in between a client and Minio, saving a copy of each requested content file. When a client requests content that is stored in the cache, NGINX Plus returns it directly, without contacting Minio. This both improves response time to the client and reduces the load on the Minio server.

Sometimes you need to throttle requests for business or security reasons. With NGINX Plus, you can limit the available bandwidth, number of requests, or number of connections.

To throttle bandwidth, use the limit_rate directive. This example limits download speed to 200 KB per second:

For request throttling, use the limit_req and limit_req_zone directives, as in this example which limits each unique IP address to 10 requests per second while allowing for bursts of 20 requests.

To throttle the number of connections, use the limit_conn and limit_conn_zone directives. This example limits each unique IP address to 5 simultaneous connections.

For more details, see the NGINX Plus Admin Guide.

For more on load balancing with NGINX Plus, see these blog posts and other resources:

To try NGINX Plus for yourself, start your free 30-day trial today or contact us to discuss your use cases. 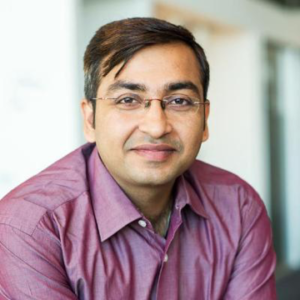