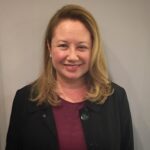 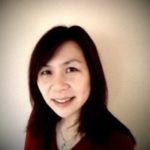 As monoliths move to microservices, applications are developed faster than ever. Speed is necessary to stay competitive and APIs sit at the front of these rapid modernization efforts. But the popularity of APIs for application modernization has significant implications for app security. APIs are vulnerable attack targets, exposing application logic and sensitive data to other apps or third parties. As API usage grows, so does the need for API gateways.

According to F5’s 2021 State of Application Strategy Report, organizations are using various methods to modernize, and APIs top these modernization efforts:

As organizations grow, they can mitigate API risks by adopting an API gateway. In F5’s updated 2022 State of Application Strategy Report, we see API gateways performing best on or near the edge. Here, API gateways can stop attacks before they affect the entire network, providing uniform and consistent protection for multiple APIs. API gateways encapsulate the internal structure of an app, streamlining communication between client and API. Rather than invoking specific services, clients simply connect to the API gateway. This provides the client with a specific API, reduces the number of roundtrips between client and API, and simplifies the client code.

F5 NGINX customers have successfully deployed API gateways across distributed environments. But if your API gateway is not secure, bad actors can still get through. At NGINX, we have strong security tools to ensure your apps behind API gateways remain secure in this ever‑changing landscape.

APIs are not new. Web‑based APIs go back to the 1990s, and versions of APIs even existed before the Internet we know today, as communication among small, distributed networks. What we are seeing now – what has changed the game – are the modern architectures using APIs.

While APIs play a vital role in accelerating modernization, they are simultaneously becoming easier to exploit. In microservices architectures, a single API can have hundreds of endpoints and a single application can consist of many microservices that use APIs to connect to each other. This differs from monolithic apps of the past, where there was just one entry point to secure. With each microservice exposing multiple sets of API endpoints, the potential attack surface has multiplied tenfold.

F5’s 2022 report also found most organizations have between 200 and 1,000 apps and 77% run applications in multiple clouds. The more apps and APIs added to a portfolio across distributed environments, the larger your possible attack surface.

Today’s businesses require agility and speed as development cycles hasten. Security solutions in this vulnerable, API‑driven landscape must be adaptable, lightweight, and incorporated as part of an API’s automated deployment processes.

Start Your API Security with F5 NGINX Plus

High profile API attacks regularly grab headlines. In 2019, rideshare company Uber had a critical bug discovered in its API – a vulnerable API endpoint allowed bad actors to steal valuable data, including the authentication tokens of riders. Thankfully, this bug was discovered before any harm occurred. In 2021, LinkedIn was not as lucky – due to an API vulnerability, hackers breached data belonging to over 700 million LinkedIn users, which was then offered for sale on the dark web.

By deploying F5 NGINX Plus as your API gateway, you can enter this rapid API landscape with high performance when handling API routing and delivery. GigaOm, an independent tech research and analysis firm, benchmarked NGINX against other API gateway solutions. The benchmark results showed that NGINX was able to deliver 30,000 requests per second at less than 30ms latency, which is 1000x lower latency than the API gateways of hyperscalers.

If you’re using NGINX Plus as an API gateway and load balancer (for routing APIs that need to be exposed to the Internet and for external developers and partners), it’s a prime place to deploy NGINX App Protect WAF for protection. With one less hop for API traffic, the protection can be added with the least amount of complexity and lowest latency.

Under PCI compliance requirements for handling sensitive data (personally identifying information [PII]) in certain industries, the payload must be encrypted end-to-end across open, public networks. Having NGINX App Protect WAF at the API gateway, behind a load balancer or CDN, means the payload remains fully encrypted until it gets decrypted at the API gateway. Thus, your APIs can stay protected while meeting requirements for handling sensitive data. One main benefit of moving from a load balancer‑WAF combination at the edge to an API gateway‑WAF combination inside your environment is tighter and more granular control over security. Responsibility for security can be handed off to an API team to make the policies more API‑specific.

With this two‑tier approach, you can ensure your APIs stay protected even in the fastest API development and release cycles.

A key area where protection must be API‑specific is the validation of Swagger’s OpenAPI Specification. OpenAPI schemas are unique to each API and change with each API version. Protection based on an API’s OpenAPI schema can’t wait for an IT team to update security controls on the centralized WAF it maintains, which requires approval and careful testing to avoid unexpected effects on other APIs and apps.

“Security as Code” to Keep Pace with API Deployments

CI/CD pipelines are built for speed, not security. APIs are also published more frequently than apps of the past. This is why we’re seeing a shift left movement in the API‑driven landscape. By shifting left, or applying security controls earlier in the app development life cycle, DevOps moves towards a DevSecOps culture where security is treated as code.

Whether you locate a WAF at the API gateway, the load balancer, or both, WAF configurations need to be deployed in an automated fashion to keep up with API version changes. When organizations adopt a shift‑left culture and integrate “security as code” into the CI/CD pipeline, security can be built into each stage of application and API development, rather than bolted on as an afterthought.

There are many benefits to security policy and configurations being consumed as code:

When automating the API schema, any time you update an API you also need to update the configuration and code in that file. Again, automation is key. Once a shift‑left or “security first” philosophy is fully adopted, developers can easily grab that code from the repo – maintaining agility, increasing velocity, and accelerating time to market.

High-Performance Protection for Your APIs

NGINX is the only vendor that embeds a WAF into an NGINX API gateway, resulting in one less hop for API traffic. Fewer hops between layers reduces latency, complexity, and points of failure. This is in stark contrast with typical API management solutions that do not integrate with a WAF (you must deploy the WAF separately and, once it is set up, API traffic has to traverse the WAF and API gateway separately). NGINX’s tight integration means high performance without compromising on security.

At NGINX, we offer strong API security with NGINX Plus and NGINX App Protect WAF. With the lightweight scalability of NGINX and the robustness of F5’s Advanced WAF engine, you can enter the API‑driven world confident that your modern apps are secure.

True to NGINX’s core values, NGINX App Protect WAF is a modern application software security solution that is platform agnostic and seamlessly integrates with common DevOps toolchains to remove friction and accelerate secure deployments. With declarative configuration capabilities, security can become automated as part of the CI/CD pipeline and the entire software development life cycle (SDLC). Not only does this help to speed release velocity, but it also helps organizations build reliable and protected APIs while bridging gaps between DevOps and SecOps teams and enabling a cultural shift towards DevSecOps.

Ready to try NGINX App Protect WAF for yourself? Start a free 30-day trial today, or contact us to discuss your use cases. 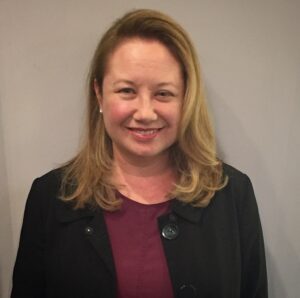 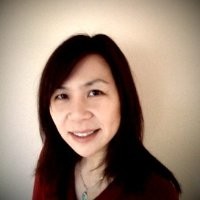