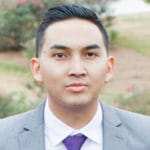 Microsoft Active Directory Federation Services (AD FS) enables organizations that host applications on Windows Server to extend single sign‑on (SSO) access to employees of trusted business partners across an extranet. The sharing of identity information between the business partners is called a federation.

In practice, using AD FS means that employees of companies in a federation only ever have to log in to their local environment. When they access a web application belonging to a trusted business partner, the local AD FS server passes their identify information to the partner’s AD FS server in the form of a security token. The token consists of multiple claims, which are individual attributes of the employee (username, business role, employee ID, and so on) stored in the local Active Directory. The partner’s AD FS server maps the claims in the token onto claims understood by the partner’s applications, and then determines whether the employee is authorized for the requested kind of access.

For AD FS 2.0 and later, you can enable high availability (HA), adding resiliency and scale to the authentication services for your applications. In an AD FS HA cluster, also known as an AD FS farm, multiple AD FS servers are deployed within a single data center or distributed across data centers. A cluster configured for all‑active HA needs a load balancer to distribute traffic evenly across the AD FS servers. In an active‑passive HA deployment, the load balancer can provide failover to the backup AD FS server when the primary fails.

This post explains how to configure NGINX Plus to provide HA in environments running AD FS 3.0 and AD FS 4.0Server 2012 R2 and Windows Server 2016 respectively.

This post uses a standard AD FS farm topology for purposes of illustration. It is not intended as a recommendation or to cover all possible deployment scenarios. For on‑premises deployments, a standard farm consists of one or more AD FS servers on the corporate intranet fronted by one or more Web Application Proxy (WAP) servers on a DMZ network. The WAP servers act as reverse proxies which allow external users to access the web applications hosted on the corporate intranet.

Using NGINX Plus in the Standard HA Topology

As noted, NLB can perform load balancing for an AD FS farm. However, its feature set is quite basic (just basic health checks and limited monitoring capabilities). NGINX Plus has many features critical for HA in production AD FS environments and yet is lightweight.

In the deployment of the standard topology described here, NGINX Plus replaces NLB to load balance traffic for all WAP and AD FS farms. Note, however, that we do not have NGINX Plus terminate SSL connections for the AD FS servers, because correct AD FS operation requires it to see the actual SSL certificate from the WAP server (for details, see this Microsoft TechNet article).

We recommend that in production environments you also implement HA for NGINX Plus itself, but don’t show that here; for instructions, see High Availability Support for NGINX Plus in On‑Premises Deployments in the NGINX Plus Admin Guide.

The NGINX Plus configuration for load balancing AD FS servers is straightforward. As mentioned just above, an AD FS server must see the actual SSL certificate from a WAP server, so we configure the NGINX Plus instance on the DMZ‑intranet border to pass SSL‑encrypted traffic to the AD FS servers without terminating or otherwise processing it.

In addition to the mandatory directives, we include these directives in the configuration:

For traffic from the WAP servers to flow through NGINX Plus to the AD FS servers, we also need to map the federation service name (fs.example.com in our example) to the IP address that NGINX Plus is listening on. For production deployments, add a DNS Host A record in the DMZ. For test deployments, it’s sufficient to create an entry in the hosts file on each WAP server; that’s what we’re doing here, binding fs.example.com to 10.0.5.15 in a hosts file:

To test that traffic from the WAP servers reaches the AD FS servers, we run the ipconfig /flushdns command to flush DNS, and then in our browser log in to AD FS on the SSO page, https://fs.example.com/adfs/ls/idpinitiatedsignon.htm:

The easier configuration is to have NGINX Plus forward SSL‑encrypted TCP traffic unchanged to the WAP servers. For this we configure a virtual server in the stream context similar to the previous one for load balancing the AD FS servers.

Here NGINX Plus listens for external traffic on a different unique IP address, 10.0.5.100. For production environments, the external FQDN of the published application must point to this address in the form of a DNS Host A record in the public zone. For testing, an entry in your client machine’s hosts file suffices.

Note: If you are going to configure additional HTTPS services in the stream context to listen on the same IP address as this server, you must enable Server Name Indication (SNI) using the ssl_preread directive with a map to route traffic to different upstreams correctly. This is out of the scope for this blog, but the NGINX reference documentation includes examples.

As an alternative to SSL pass‑through, we can take advantage of NGINX Plus’ full Layer 7 capabilities by configuring a virtual server in the http context to accept HTTPS traffic. NGINX Plus terminates the HTTPS connections from clients and creates new HTTPS connections to the WAP servers.

The certificate and secret key files, example.com.crt and example.com.key, contain the external FQDN of the published application in the Common Name (CN) or Subject Alternative Name (SAN) property; in this example the FQDN is fs.example.com.

The proxy_ssl_server_name and proxy_ssl_name directives enable the required Server Name Indication (SNI) header, specifying a remote hostname to be sent in the SSL Client Hello. The header must match the external FQDN of the published application, in this example fs.example.com.

We use proxy_set_header directives to pass relevant information to the WAP servers, and also so we can capture it in the logs:

In addition to the directives shown here, NGINX and NGINX Plus provide a number of features that can improve the performance and security of SSL/TLS. For more information, see our blog.

Configuring NGINX Plus in a Topology Without WAP Servers

When enabling external clients to access your AD FS servers, it’s best practice to terminate the external traffic at the border between the DMZ and the corporate intranet and also to identify external authentication attempts by inserting the x-ms-proxy header. WAP servers perform both of these functions, but as configured in the previous section NGINX Plus does also.

WAP servers are not required for some use cases – for example, when you don’t use advanced claim rules such as IP network and trust levels. In such cases you can eliminate WAP servers and place NGINX Plus at the border between the DMZ and the intranet to authenticate requests to internal AD FS servers. This reduces your hardware, software, and operational costs.

This configuration replaces the ones for the standard HA topology. It is almost identical to the HTTPS re‑encryption configuration for load balancing WAP servers, but here NGINX Plus load balances external requests directly to the AD FS servers in the internal network.

Try out NGINX Plus in your AD FS deployment – start a free 30-day trial today or contact us to discuss your use case. 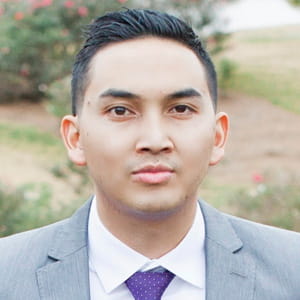