Deploying NGINX Plus as a Highly Available AWS Load Balancer 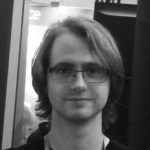 A load balancer often acts as the single entry into a web application, which makes it a critical component in your application delivery infrastructure: load‑balancer downtime means application downtime. To minimize downtime and the user unhappiness that comes with it, you need to deploy your load balancer in a highly available (HA) manner.

This blog post compares several methods you can use to achieve HA for NGINX Plus as your AWS load balancer. It is possible that you are already familiar the keepalived‑based solution for HA that we provide for on‑premises deployments. However, due to networking limitations in AWS and cloud environments in general, you cannot use that solution in the cloud. Nevertheless, AWS offers other options for achieving HA for NGINX Plus. For example, you can modify the on‑premises keepalived solution to work in AWS, as detailed in our deployment guide.

[Editor – There is also a solution that combines a highly available active‑active deployment of NGINX Plus with the AWS Network Load Balancer (NLB).]

The methods discussed in this post apply to both NGINX Open Source and NGINX Plus, but for the sake of brevity we’ll refer only to NGINX Plus for the rest of the blog.

The table summarizes the four methods that we’ll describe in this post.

This blog post concentrates on one aspect of NGINX Plus as your AWS load balancer – making it highly available. For detailed information on other AWS topics, see:

There are several downsides to using ELB for an HA deployment of NGINX Plus:

You can also use the newer native AWS load balancer, Application Load Balancer (ALB), in a similar way. It offers more features and flexibility than ELB, but shares the downsides in the preceding list.

Like ELB, Route 53 allows you to create an active‑active NGINX Plus deployment, as shown in the figure:

In addition to an active‑active deployment, Route 53 allows you to create an active‑passive deployment or even more complicated failover combinations, as explained in the AWS documentation.

You can also use Route 53 in conjunction with the other methods described in this blog post.

High Availability for NGINX Plus Without ELB or Route 53

The downsides of the Elastic IP address method are as follows:

[Editor – There is also a solution that combines a highly available active‑active deployment of NGINX Plus with AWS NLB.]

High availability is critical for an AWS load balancer. AWS gives you multiple methods for deploying NGINX Plus in a highly available manner, as we discussed in this blog post. The methods based on ELB or Route 53 are good starting points, and for cases when a static IP address is required, use the Elastic IP method based on keepalived or AWS Lambda.

New to NGINX Plus on AWS? Try it free for 30 days. For links to the available AMIs, see Installing NGINX Plus AMIs on Amazon EC2.

Practical Solutions with NGINX and AWS 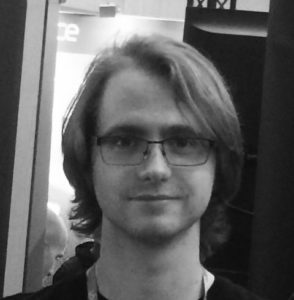