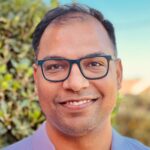 We’re happy to announce the availability of NGINX Plus Release 27 (R27). Based on NGINX Open Source, NGINX Plus is the only all-in-one software web server, load balancer, reverse proxy, content cache, and API gateway.

New and enhanced features in NGINX Plus R27 include:

Rounding out the release are a new version number (8) for the NGINX Plus API and more even distribution of connections when EPOLLEXCLUSIVE mode is used in Linux kernels.

Note: If you are upgrading from a release other than NGINX Plus R26, be sure to check the Important Changes in Behavior section in the announcement blogs for all releases between your current one and this one.

Older operating systems and architectures deprecated and scheduled for removal in NGINX Plus R28:

Keepalive connections between NGINX Plus and upstream servers significantly improve performance for reverse proxy and load balancing use cases. For proxy over HTTPS in particular, the computational expense of the full TLS handshake required for each new connection can put a strain on your computing resources, especially in production environments with large numbers of upstream servers.

The following example enables keepalive connections with a lifetime of 60 seconds. Given the health‑check frequency of 1 second set by the interval parameter, NGINX Plus incurs the expense of the TLS handshake and connection establishment just once for every 60 health checks.

Combining kTLS and the sendfile() system call means data is encrypted directly in kernel space before being passed to the network stack for transmission, instead of being copied to user space for encryption using TLS libraries and then copied back into kernel space before transmission. kTLS also enables offload of TLS processing to hardware, including offload of TLS symmetric crypto processing to network devices.

There are three requirements for supporting kTLS:

When NGINX Plus is deployed as a reverse proxy or load balancer, the NGINX Plus API provides a rich set of metrics about traffic, response codes, and latency for each upstream and virtual server, enabling customers to observe and monitor server performance and availability.

In previous releases NGINX Plus generated metrics about TLS activity and errors at a system‑wide level when HTTPS connections were used between NGINX Plus and upstream servers, in both the http and stream contexts (established with the proxy_pass https://path-to-upstream and proxy_ssl on directives respectively). The statistics cover handshakes, failures, and session reuses (as configured with the proxy_ssl_session_reuse directive).

The following example enables statistics collection on the upstream server upstream1 and the virtual server that proxies traffic to it.

This output indicates that NGINX Plus participated in seven TLS handshakes:

Note that the NGINX Plus API still gathers the global TLS metrics available in previous NGINX Plus releases:

NGINX Plus R25 introduced the auth_jwt_require directive for defining custom checks during the JWT validation process. In NGINX Plus R25 and R26, the error code returned for a validation failure is always 401 (Unauthorized).

NGINX Plus R27 introduces the error parameter to the auth_jwt_require directive, which you can use to set the code to 401 or 403 (Forbidden) for each directive independently. When a user’s access request fails, the choice of codes enables you to convey the distinction between an authentication failure (JWT is invalid) and an authorization failure (required claim is missing). You can also create customized handlers for the error codes, for example to return a special page explaining the error (with the error_page directive) or to redirect the request to a named internal location for further processing.

The default status code remains 401 for failure of the following types of JWT checks:

If there are multiple auth_jwt_require directives in a location block, they are evaluated in the order they appear. Processing stops at the first failure and the specified error code is returned.

In this example, the auth_jwt_require directive returns 403 if either $req1 or $req2 evaluates to an empty value or 0 (zero).

Enhancements to the NGINX JavaScript and Prometheus-njs Modules

NGINX Plus R27 incorporates versions 0.7.3 and 0.7.4 of the NGINX JavaScript module, and includes the following enhancements.

NGINX Javascript 0.5.3, incorporated into NGINX Plus R24, introduced the ngx.fetch function (also referred to as the Fetch API) for instantiating a simple HTTP client from within the context of a TCP/UDP connection. (For a discussion of use cases for the function, see Leveraging HTTP Services for TCP/UDP with a Simple HTTP Client on our blog.)

NGINX Plus R27 introduces the following directives for fine‑tuning the behavior of the Fetch API:

The Prometheus-njs module, which converts NGINX Plus metrics to a Prometheus‑compliant format, can now convert metrics exposed at these additional endpoints:

Other Enhancements in NGINX Plus R27

The version number of the NGINX Plus API is updated from 7 to 8 to reflect the addition of the ssl field to the metrics reported for upstream and virtual servers as described in TLS Metrics for Upstream and Virtual Servers. Previous version numbers still work, but the output doesn’t include metrics added in later API versions.

NGINX Plus R27 distributes connections more evenly among the NGINX worker processes when EPOLLEXCLUSIVE mode is used in Linux kernels. Normally, in this mode the kernel notifies only the process that was the first to add the listening socket to the EPOLL instance. As a result, most of the connections are handled by the first worker process. NGINX now re‑adds the socket periodically to give other worker processes a chance to accept connections.

Upgrade or Try NGINX Plus

If you’re running NGINX Plus, we strongly encourage you to upgrade to NGINX Plus R27 as soon as possible. You’ll also pick up several additional fixes and improvements, and it will help NGINX to help you when you need to raise a support ticket.

If you haven’t tried NGINX Plus, we encourage you to try it out – for security, load balancing, and API gateway, or as a fully supported web server with enhanced monitoring and management APIs. You can get started today with a free 30-day trial. 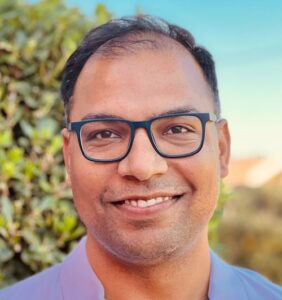