It’s hard not to talk about DevOps today. From startups to large enterprises, companies across all industries are turning to DevOps practices to improve the speed and quality of their application development. And it’s not hard to see why.

According to the 2019 Accelerate State of DevOps report, compared to software teams with inefficient app development and delivery processes, teams leveraging DevOps at the highest level can:

But with all the discussion around DevOps adoption, there’s one key ingredient that shouldn’t be overlooked – API management (APIM).

DevOps and APIs Are Great Alone, Even Better Together

APIs, both internal and external, have become ubiquitous in powering modern application development, enabling applications and devices to communicate. While a wide variety of software professionals work with APIs, more than  77% are in development, with 26% specifically in DevOps. The connection is logical – APIs play an instrumental role in enabling the automation, consistency, and efficiency that make DevOps methodologies so successful.

DevOps, on its own, focuses on improving the development and deployment of code. APIs expose components and assets, so they can be more broadly consumed and reused across the business, enabling developers to build new capabilities faster because they don’t have to start from scratch.

As reliance on DevOps grows, so does the need to enable automation of APIM for DevOps teams in order to support modern digital experiences powered by APIs. Unfortunately, traditional APIM solutions fall short of the requirements.

The biggest problem with traditional APIM solutions is that they weren’t created to meet the needs of modern applications and APIs. They were designed before the era of public cloud, microservices, and Kubernetes. As a result, companies are finding their efforts impeded by one of the tools meant to enable them.

The 2020 State of the API Report found that:

Legacy self‑managed or SaaS‑based APIM frameworks are poorly suited to distributed architectures, causing unnecessary delays and increased operational overhead. Organizations managing microservices in hybrid environments struggle to achieve acceptable latency as API traffic must be authenticated and routed via a tightly coupled control and data plane. Teams also run into issues if the APIM solution and API gateways are hosted in the public cloud, as any updates or changes also require changes to the corporate firewall, significantly increasing complexity for DevOps teams deploying APIs in test, development, or sandbox environments.

The decentralized nature of modern IT and software development teams poses another problem for traditional APIM solutions. DevOps only works well when development teams can manage and scale infrastructure according to their needs, but traditional APIM solutions are designed to be managed by a single team – in most organizations, a centralized Infrastructure & Operations or NetOps team. DevOps teams have to rely on NetOps to deploy API gateways even within private dev, test, and sandbox environments. Nor can DevOps teams automate API creation, security (such as certificate renewal), or monitoring tasks in their CI/CD pipelines. Testing, QA, security, and operation of code is baked into the pipeline. Shouldn’t APIM be too?

API Management Is the Last Frontier for DevOps

Modern application development is in full revolution as businesses rethink IT processes, technology, and collaboration – and it’s clear there’s still a lot of room to grow. DevOps is at the center of this shift, but APIM has lagged behind. Organizations looking to reap the full benefits of DevOps‑driven development need a new breed of APIM tools to manage the entire API lifecycle and integrate into the CI/CD pipeline.

We designed and developed the NGINX Controller API Management Module with DevOps in mind, addressing the real needs and pain points we have heard from our customers.

NGINX is powering APIM for DevOps teams by providing:

Try out the NGINX Controller API Management Module for yourself – request a start your free 30-day trial today or contact us to discuss how we can help you leverage your DevOps efforts. 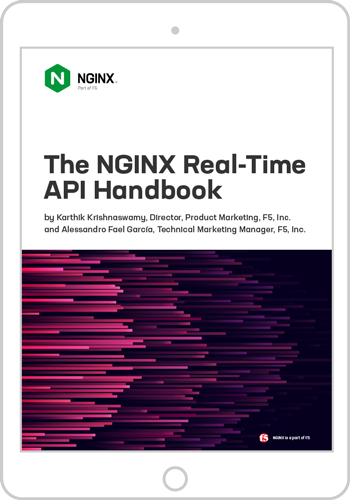