The official hotel of NGINX Conf, the Sheraton Grand Hotel, is conveniently located in downtown Seattle and only 25 minutes away from the airport. Within walking distance of the hotel are gourmet restaurants, world class shopping, and all the favorite local attractions. 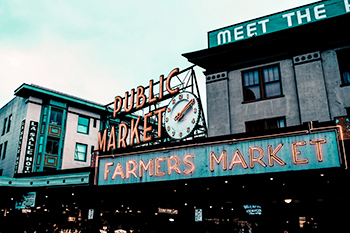 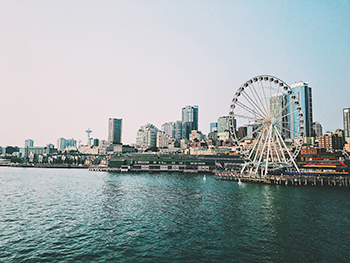 We chose Seattle, located on Puget Sound, for its picturesque views and easy access by air from just about anywhere. This city is surrounded by water, mountains, and forests while also being a tech hub hosting large companies such as Microsoft and Amazon.

Seattle is a dynamic city with a number of attractions such as the historic Pike Place Market (home to the original Starbucks), the Space Needle, and numerous museums such as the Museum of Flight, Museum of Pop Culture, and the Chihuly Garden & Glass Museum. Back in the 1990s, grunge music raised Seattle’s profile and the city is still home to a vibrant independent music scene, in addition to being known for its coffeehouses, breweries, and farm to table cuisine.

There are lots of transportation options in Seattle; here are some to consider:

Uber / Lyft – These transportation services are available in the Seattle area via mobile app.

Taxi – It’s easy to get a taxi from the SeaTac Airport, the Sheraton Grand Hotel, and around downtown Seattle.

Link light rail – Sound Transit’s Link light rail services 14 stations extending from Sea-Tac International Airport through downtown to the University of Washington campus. Trains arrive every 6 to 15 minutes, depending on the time of day. The trip from Sea-Tac to the Westlake Station near the hotel takes about 40 minutes. One-way fare for adults ranges from $2.25 to $3.25.

And check out other local transportation options here.

Please visit travel.state.gov for important information about international travel to the United States.