A Guide to Choosing an Ingress Controller, Part 3: Open Source vs. Default vs. Commercial

Congratulations! After reading the first two parts of our guide to choosing an Ingress controller, you’re almost ready to select one. Let’s recap where we’ve been so far:

Ingress controllers fall into three categories: open source, default, and commercial. Each has its use cases, and it’s important to be clear on your short‑ and long‑term needs before making a selection. In this blog, we cover the pros and cons of each category.

Many open source Ingress controllers are maintained by a community of users and volunteer developers, though some also have dedicated engineering teams. Two of the most popular open source Ingress controllers are based on NGINX – one is maintained by the Kubernetes community and the other is led by the core NGINX engineering team and open sourced. For further comparison of NGINX‑based Ingress Controllers, see Part 4 of our series. 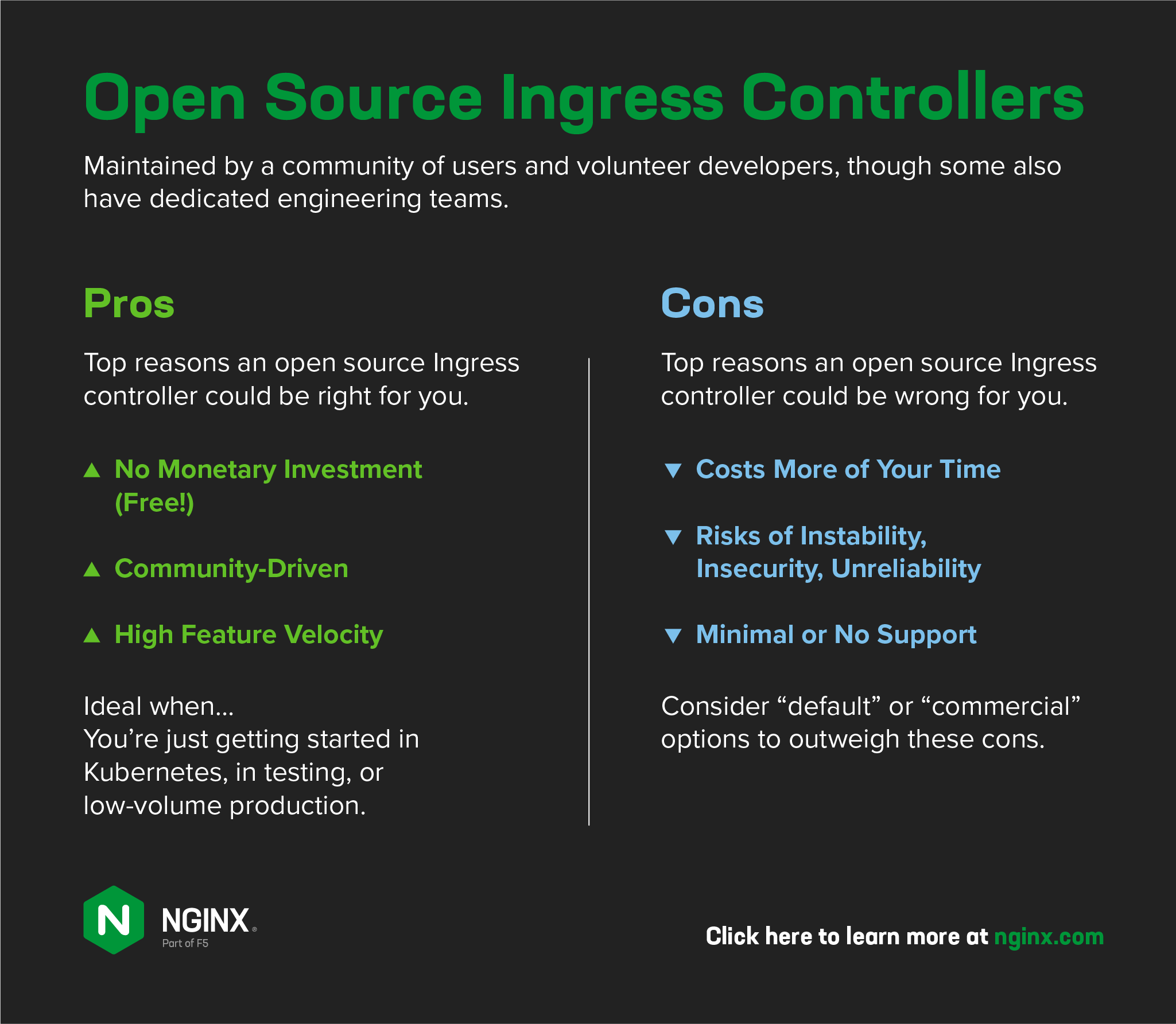 Although many default Ingress controllers are based on open source technology, we categorize them separately because they’re developed and maintained by a company that provides a full Kubernetes platform (and often support in managing it). Examples from this category include public cloud Ingress controllers, Rancher, and Red Hat OpenShift router. 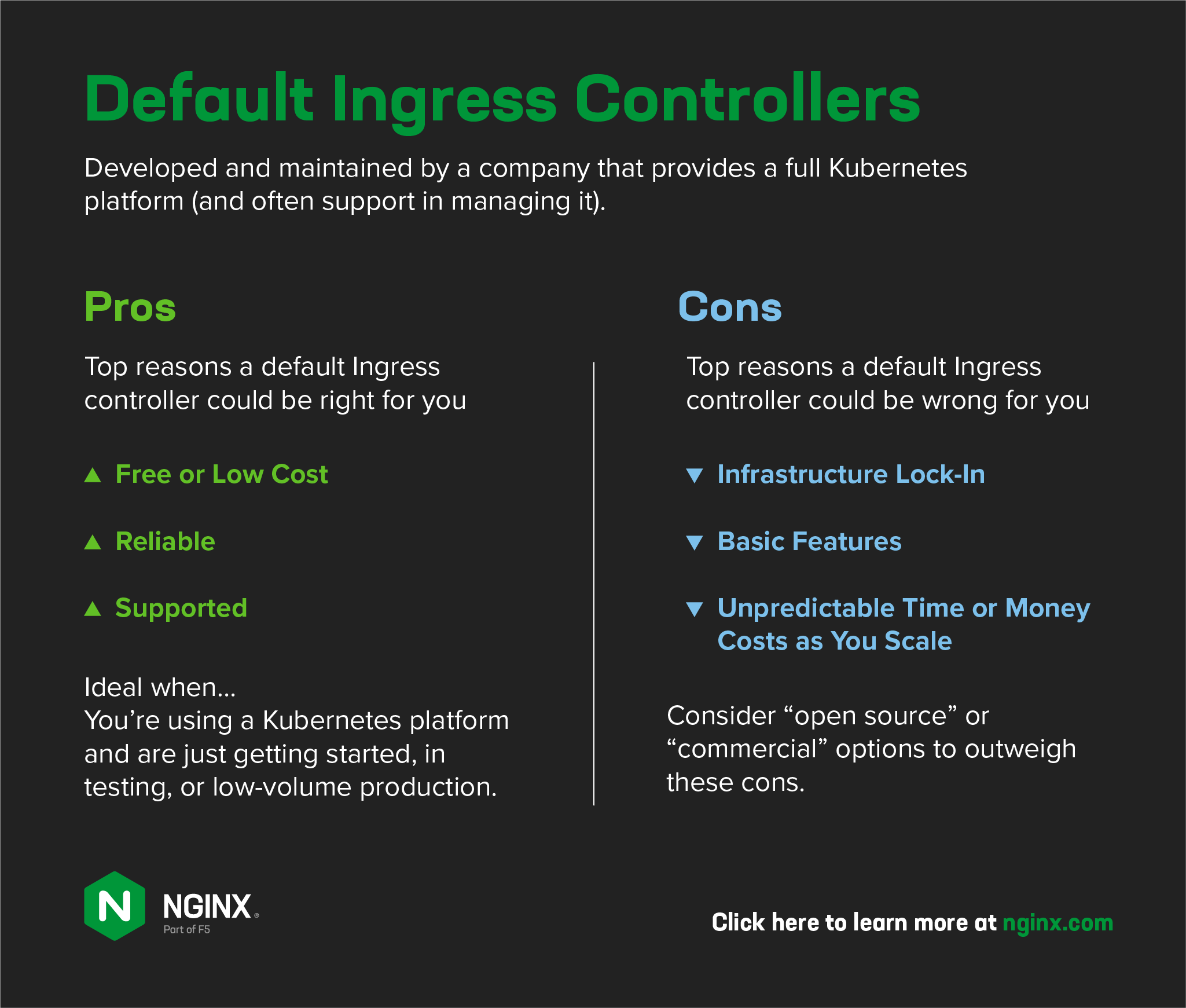 These Ingress controllers are licensed products that are designed to support large production deployments. One example is the NGINX Plus-based version of F5 NGINX Ingress Controller, which we’ll discuss more in Part 4. 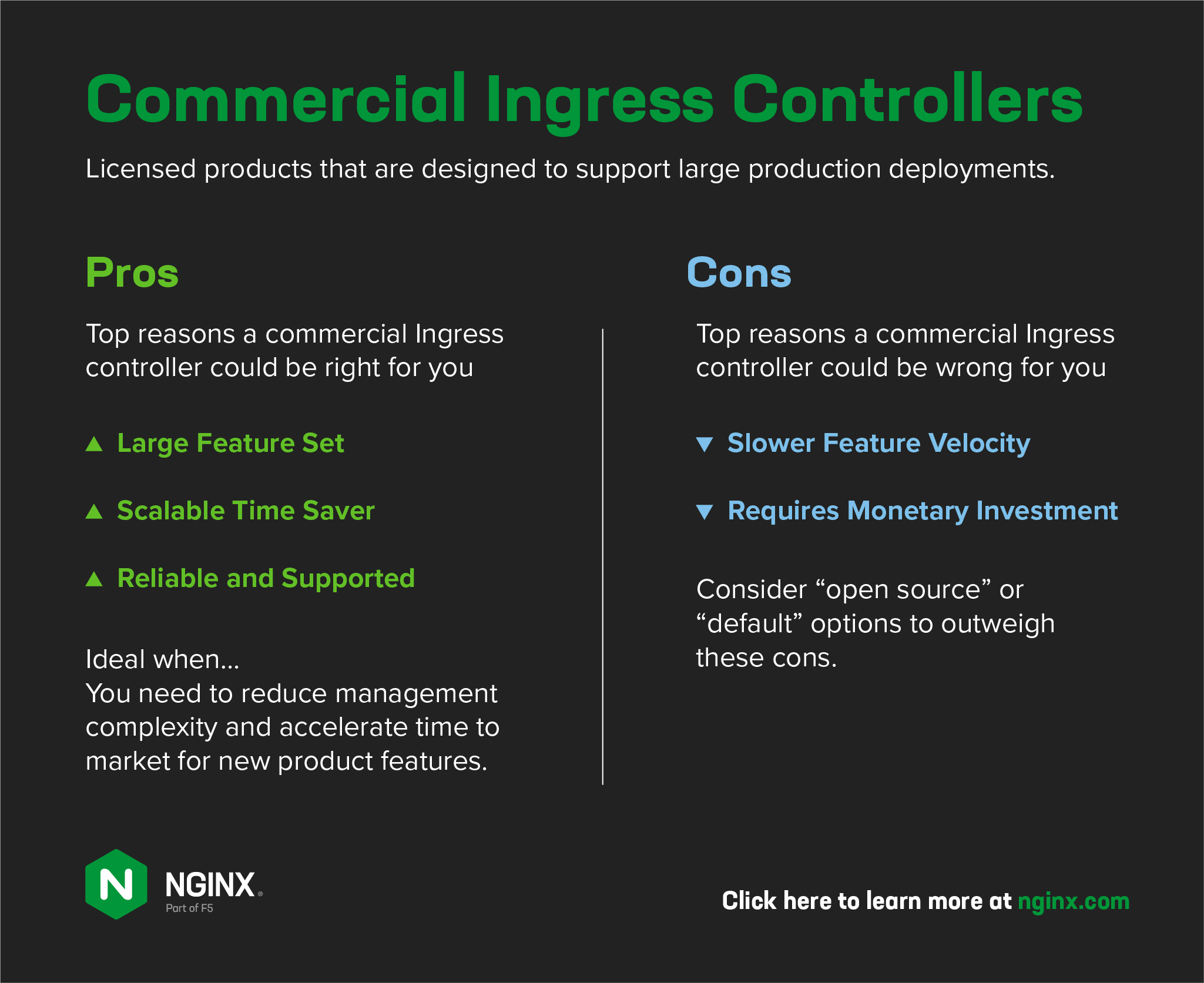 Next Step: Evaluate the Options

As you’re researching Ingress controllers, you’ll likely notice that many options are based on NGINX. For an overview of the NGINX‑based choices, check out the final blog in this series, A Guide to Choosing an Ingress Controller, Part 4: NGINX Ingress Controller Options, coming soon.