Red Hat OpenShift Container Platform (OCP) is one of the most popular managed Kubernetes platforms, and like its competitors, OCP includes default traffic management tooling to help users get started quickly. The OCP Router – based on HAProxy – is the default entry point for OCP clusters. It can load balance HTTP and WebSocket traffic, supports TLS termination and TLS between the Router and application instances, and can load balance TLS connections in a passthrough mode.

When we conduct performance tests, we look at two factors to assess how the tools perform:

Let’s get right to the interesting part and review the results. Details about the testing topology and method follow.

As discussed above, we consider two factors when assessing performance: latency and timeouts/errors.

As the following chart illustrates, NGINX Ingress Controller added negligible latency throughout the test, reaching a maximum of less than 700ms at the 99.999th percentile. In contrast, the OCP Router added latency at fairly low percentiles, and latency increased exponentially until it plateaued at a bit more than 25,000ms (25 seconds) at the 99.99th percentile. This demonstrates that, when under load while changes in the cluster environment are applied frequently, the Router can cause a poor user experience. 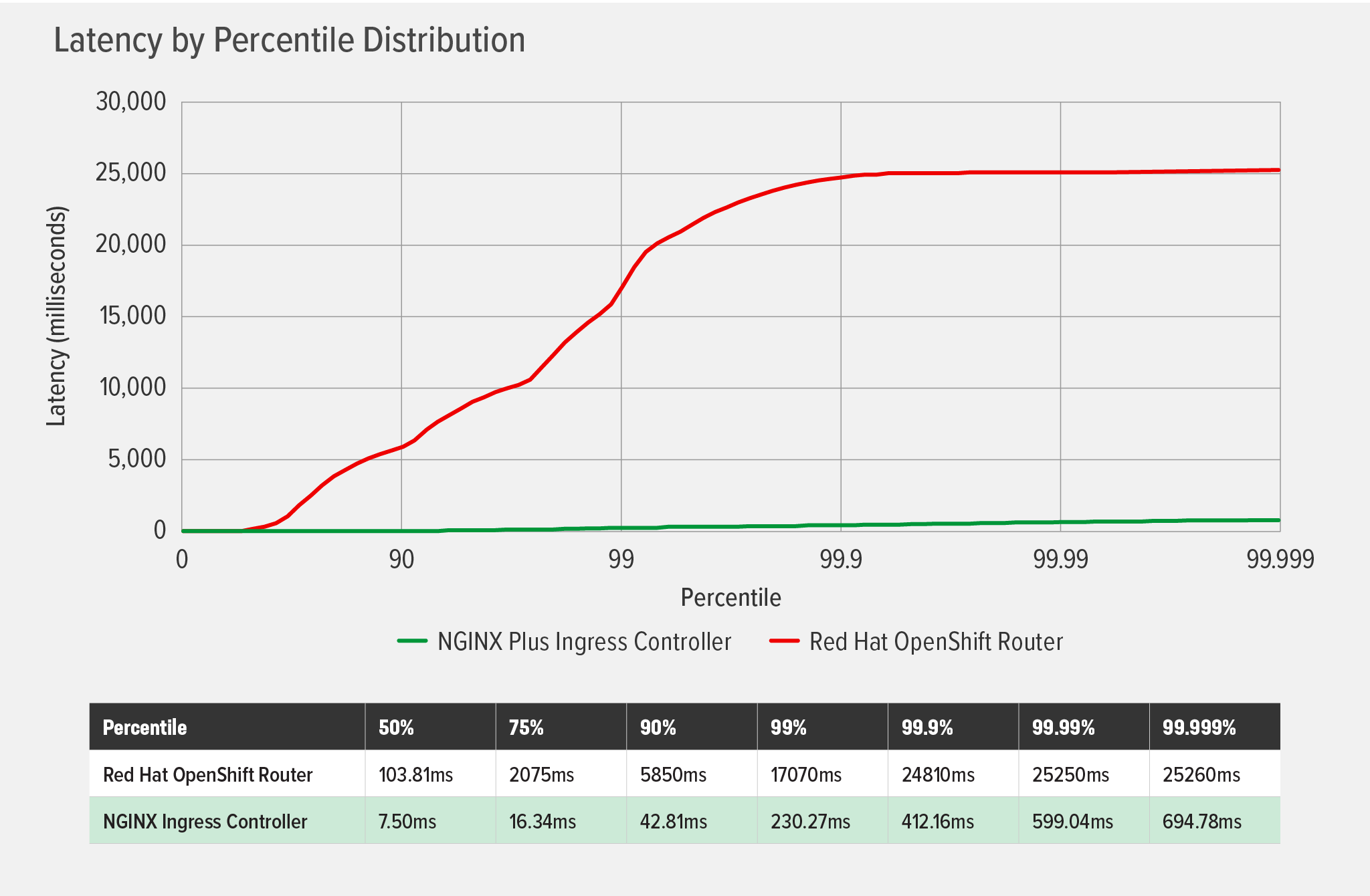 We ran the same tests on both the NGINX Ingress Controller and the OpenShift Router as the system under test (SUT). The SUT terminated TLS 1.3 connections from the client and forwarded the client request over a separate connection to the backend deployment.

The client was hosted on a separate machine running CentOS 7, located on the same LAN as the OpenShift cluster.

The SUT and backend deployment ran in an OCP cluster hosted on VMware vSphere 6.7.0.45100.

For TLS encryption, we used RSA with a 2048-bit key size and Perfect Forward Secrecy.

Each response from the backend application consisted of about 1 KB of basic server metadata, along with the 200 OK HTTP status code.

Using wrk2 (version 4.0.0), we ran the following script on the client machine, running the test for 60 seconds (set with the -d option) at a constant throughput of 1000 requests per second (RPS, set with the -R option):

We conducted test runs with a dynamic deployment of the backend application, using the following script to scale the number of backend replicas up and down periodically. This emulates a dynamic OpenShift environment and measures how effectively the NGINX Ingress Controller or OCP Router adapts to endpoint changes.

Most companies adopting microservices methodologies are pushing new developments through their CI/CD pipelines at higher frequencies than ever. For this reason, it is crucial that you leverage a data plane that grows with these new methodologies in capability and performance, without disrupting the end‑user experience. Delivering optimal end‑user experience involves consistently delivering low latency for all client connections, under all circumstances.

Based on the performance results, the NGINX Ingress Controller delivers the optimal end‑user experience in containerized environments where the need to iterate and improve development is high.

Get the Most Out of Kubernetes with NGINX 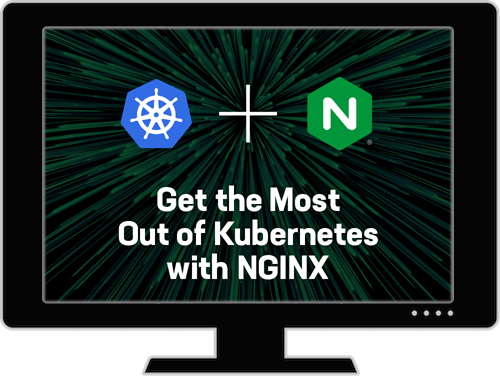